Today is Day 12 of my Joffe Books Rolling Blog and today the spotlight is on Gretta Mulrooney.  Gretta is the author of the fantastic Tyrone Swift series.  5 books have been published so far and we are all eagerly awaiting the next book.  First lets hear what Gretta has to say about her publisher: Joffe Books and then read on for information on her books.

‘I’ve been working with Joffe Books for several years and it’s been a fruitful and satisfying partnership. Jasper has been straightforward, encouraging and supportive. The proof readers and editors have keen eyes. The entirely digital process is so easy and makes editing and correcting pretty painless. The covers have gone from strength to strength and I was particularly thrilled with my latest cover.

I’ve been pleased to see that Joffe Books is growing and developing and having marked success with sales and promotions. The use of virtual publishing parties is inspired and great fun.

I started writing back in the day on a typewriter and wading through reams of manuscript paper. I had long postal dialogues with editors. I much prefer the simpler and direct Joffe system.

And last but not least, royalties are paid promptly.’ Gretta Mulrooney

Tyrone Swift is an ex-police detective who now works privately. He’s survived a stabbing and his fiancée running off with another man. Swift’s personal life is complicated, to say the least.

The streets of London with their vibrant mix of nationalities, cultures, and rich and poor are beautifully evoked. From the quiet suburbs with their veneer of happy family life, to the bustling centre with refugees struggling to survive, to exclusive penthouses where the elite can have anything they want day or night.

How did she vanish without a trace?
Carmen Langborne is a woman who no one seems to like very much, and now she’s gone missing. But there is no body, no leads and no real suspects. And the police have given up.

Carmen’s stepdaughter Florence hires private detective Tyrone Swift to find the missing woman. If the body is found, Florence will inherit half of a very valuable house.

As Swift delves deeper into the family’s affairs, he discovers dark family secrets that threaten the reputations of powerful people. Will Swift get to the truth before those with much to hide stop him?

Find out in this absorbing mystery with many twists and turns. You won’t want to put this book down till the surprising and dramatic conclusion.

A COMPELLING MYSTERY FULL OF TWISTS AND TURNS

Fifteen years ago a teenage boy, Teddy Bartlett, left a mysterious note and went to a woods on the outskirts of London. In the forest twilight he was beaten to a pulp and left damaged for life. The police never discovered who did it or why he was attacked.

Now, the boy’s father, recently returned from Australia, wants to find out what really happened to his son. He hires private detective Tyrone Swift to investigate the tragic crime.

Swift quickly realises that the Bartletts are a family with dark secrets. Teddy’s seemingly devoted sister Sheila, his estranged brother, and his father Rowan, who left his wife for her sister, are not what they seem.

Swift himself has his own family and relationship issues . . . plus someone is out to get him, targeting him with an escalating series of attacks. Could it be a disgruntled client or a criminal he came across in his days as a police inspector?

In a thrilling conclusion, Swift will face losing everything he loves as he closes in on the perpetrators.

A MAN STABS HIS GIRLFRIEND TO DEATH, THEN HANGS HIMSELF, LEAVING A NOTE CONFESSING TO THE MURDER. OPEN AND SHUT CASE? NOT FOR DETECTIVE TYRONE SWIFT.

Dominic Merrell’s estranged wife Georgie doesn’t believe that he could have done it. Detective Swift discovers that Dominic was a reliable, devoted husband and father for eighteen years until he met the beautiful, charismatic Lisa, who he left his wife for. No one can believe that Dominic was capable of murder. But if it wasn’t him, then who killed the seductive but chaotic Lisa?

Dominic and his murdered girlfriend harbour dark secrets from their turbulent pasts. How can two lovers cause so much destruction?

Tyrone Swift will do anything to uncover the truth about a case that has uncomfortable parallels to his own troubled personal life. In a shocking ending, those with much to hide will do anything they can to stop him.

TWO LOVERS, SIX DEATHS is a beautifully written mystery that will have you gripped from start to heart-stopping finish.

TWO YEARS AGO someone kidnapped Thomas Maddox’s six-month-old son. The case has never been solved and the boy has not been found.

NOW someone is watching Thomas and sending him dark emails. And Thomas keeps suffering nasty accidents.

The police won’t do anything more, so Thomas’s wealthy grandfather hires Tyrone Swift to shed light on the case.

Can ex-police detective Tyrone Swift get to the bottom of this tangled web of family secrets and pain, and is there any hope of finding the child alive?

WATCHING YOU is a beautifully written mystery that will have you gripped from start to pulsating finish.

An old house by a lake. A suspicious drowning. A suspect that the police let go.

What really happened at Low Lake?

Detective Tyrone Swift is hired to investigate the death of Kim Woodville. The young woman drowned in the lake by her family house, two years ago. But there was bruising on her arms, and the prime suspect was let go because of police errors.

Tyrone Swift takes the cases that other people have given up on. But the beautiful historic house by the lake doesn’t give up its secrets easily.

It turns out that there are many people who might have wanted Kim dead.

And then another body turns up close to home and Swift realises his own life may be danger.

Can Detective Tyrone Swift get to the bottom of this tangled web of dark family secrets?

LOW LAKE is a beautifully written mystery that will have you gripped from start to pulsating finish. 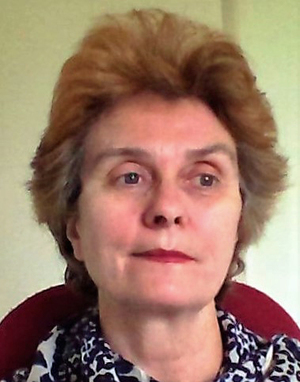 “I was born and brought up in London. My parents were Irish. I studied for a B.A. in English at The University of Ulster and subsequently a qualification in Social Work. I taught English in secondary schools, then worked in social care for many years.

I started writing for children in my thirties and had five books published with Poolbeg Press. My first adult fiction novel won a bursary from East Midlands Arts. My first published novel, Araby, was with Harper Collins, followed by Marble Heart. Robert Hale published the next three novels; Fire and Ice, Out of the Blue and The Apple of Her Eye.

I have had two short stories, The Old Master and The Gold Digger, commissioned by and read on Radio Four.

I have always been an avid reader of psychological thrillers and crime fiction and decided, in retirement, to turn to crime. I am currently working on my second novel featuring private detective Tyrone Swift.”