Hi there, I hope you are keeping well.  Today I am sharing my review of DIVE by Jon Barton.  This is a brilliant thriller set in London that will appeal to anyone who likes crime fiction. 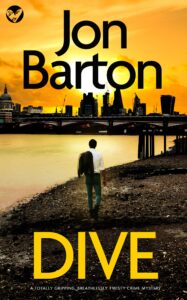 Dive into London’s most dangerous crime scene — the River Thames.

A police diver whose home life is imploding.
A high-flying detective recently thrown out of the CID.
A case that could get them both killed.

Police diver David Cade lives by a simple rule: pull out the bodies and move on. Detective Naomi Harding can’t abide that. All she’s ever wanted is to fight the good fight. But a critical mistake has cost her everything and left her fighting for her career.

Then the body of a dead girl surfaces, bloated and broken, on the Thames. And then another.

Each time David pulls a new victim out of the water, he fears it’s his estranged fifteen-year-old daughter Lex. She went missing after they had a fierce argument and he hasn’t heard from her since.

The dead girls all have the same nightclub stamp on the backs of their hands — the same stamp David’s daughter wore on the day she disappeared.

Then a briefcase is discovered in the same stretch of water where the dead girls were found, and suddenly the higher-ups at CID, including Naomi’s rival, Detective Chief Inspector Shannon Baines, start showing an interest.

Something big is happening.

David and Naomi need to learn to work together if they’re going to solve the murders and find Lex. Then they uncover something that will threaten to blow the case apart — if it doesn’t get them killed first . . .

⭐⭐⭐⭐⭐ ‘Brilliantly written novel . . . Well-developed twists that keep you captivated and lead to a climatic ending. Well worthy of five stars.’ Ron B.

⭐⭐⭐⭐⭐ ‘This is a really good tale that brings out the toughest jobs in the police service and makes the people real. It’s a difficult read, but very worth reading.’ Jan T.

⭐⭐⭐⭐ ‘It grabbed my attention and I could not put the book down.’ Annie W.

⭐⭐⭐⭐ ‘Interesting, tense and exciting in parts with all the forward momentum I could ask for.’ Elaine T.

MEET THE DETECTIVES
Naomi Harding is held accountable after three of her colleagues are killed during a raid she was leading. Her punishment is to be side-lined to the Marine Policing Unit, or ‘frogmen’, whose main aim is to dredge up dead bodies from the Thames and pass them on to the ‘real’ police.

David Cade is an experienced frogman, satisfied to lose himself in diving in the river. But his obsession with the job has caused his home life to implode. He wants to be part of his daughter’s life, if only he could figure out how.

Jon Barton is a new author to me so I was unsure what to expect from DIVE.  However, I certainly wasn’t disappointed.

David Cade an ex marine now working as a Police Diver.  The rules are simple bring up the bodies, hand them over and move on.  But suddenly it becomes personal and David is afraid the next body that is brought up could be his daughter.

Naomi has been thrown out of CID under a dark cloud as she finds herself being held responsible for the death of her colleagues.  She finds herself joining the Police Diving team.  She is told the rules but once a detective….  Naomi finds she is unable to bring up dead teenager after dead teenager and just move on.  She starts questioning everything but not getting any answers isn’t going to stop her.

I was pulled into the story from the first page and gripped all the way to the end.  Unique characters complete with flaws and personalities that fit the story perfectly.  A very different story that pulls the reader into the dark and murky world of Police Divers working in the Thames.

A brilliant read that i highly recommend. 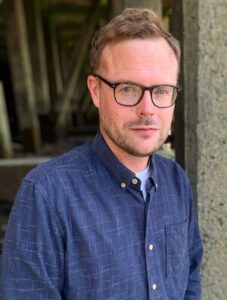 Jon Barton is a London-based screenwriter with ten years’ experience as a dramatist, writing continuing drama for the BBC, and new work for young people. His theatre work has been produced onstage at major London venues, including The Old Vic and The Almeida, with screen work under option at Northern Ireland Screen and Netflix UK. An experienced creative writing tutor and freelance editor, Jon works as a copywriter, edits for The Literary Consultancy, and teaches for City Academy and Iconic Steps. When he’s not writing crime fiction, he’s running, walking, and bingeing podcasts.

I organise Book Tours for the brilliant JOFFE BOOKS and a few self-published authors.  If you are interested in joining in the fun you can sign up via this link: https://mailchi.mp/74b299fbb681/bloggersignup