Happy publication day to Gaynor Torrance.  THE MARQUESS CLUB KILLINGS is book 5 in the bestselling DI Jemima Huxley series and is a brilliant addition.  You can get your copy now from Amazon for just 99p/99c. 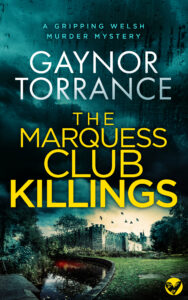 It’s Jemima’s first day back at work after maternity leave. It was always going to be heart-wrenching leaving baby Finlay, but this is about to be one of the longest days of her life.

The first, high court judge Rory Lawson, is kidnapped on a quiet country road. From the blood in his car, it’s clear he was taken by force.

The second man isn’t so lucky. His bound and gagged body is found in the middle of the motorway.

In a case where nothing is as it seems, the one thing Jemima knows is that she must find the link between the two men.

But the clock is ticking. Because time is about to run out for the missing judge . . .

A PULSE-RACING CRIME THRILLER THAT WILL KEEP YOU UP ALL NIGHT.

READERS ARE HOOKED BY THE MARQUESS CLUB KILLINGS:

⭐⭐⭐⭐⭐ ‘What a ride! Really enjoyed the plot, the characters, the relationships between the characters . . . a perfect package!’ Tove

⭐⭐⭐⭐⭐ ‘This was a story hard to put down once started! Excellent storytelling!’ Jen

⭐⭐⭐⭐⭐ ‘An excellent police procedural which fans of the genre will enjoy.’ Jen

⭐⭐⭐⭐⭐ ‘Great characters with thrills that twist and turn — the plot had me on the edge of my seat.’ Eadie

MEET THE DETECTIVE
DI Jemima Huxley is a driven detective who cares deeply about getting justice for victims and their families. With a degree in psychology, she is intelligent, loyal, fearless — and a competent kickboxer. She enjoys trying to get into the mindset of the killer, often taking down violent suspects while her male partner hesitates.

Jemima’s whole personal life has been in turmoil in recent years. Abandoned by her long-term partner, she is now raising his son James as her own, along with newborn baby Finlay. Things are tough, but at least she has her sister to support her. Jem always knew she had to go back to work — not just to pay the bills, but because being a copper is who she is. 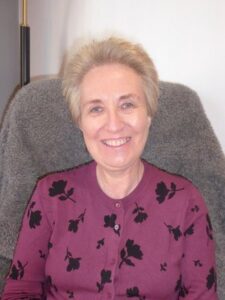 Gaynor Torrance lives near Cardiff with her husband and their rescue cat, Cleo. The area is the setting for her Detective Inspector Jemima Huxley series of books. Like Gaynor, Jemima has a bachelor’s degree in psychology. Though, apart from them both having a keen interest in human behaviour, that’s where any similarity ends.

When she’s not writing or glued to her Kindle, Gaynor enjoys listening to music, playing the piano, walking, travelling, and eating far too much chocolate.