THANK YOU to everyone who helped with the launch of THE SOUTH BINNESS MURDERS.   Your help is very much appreciated.  Jill, Pauline & Joffe Books 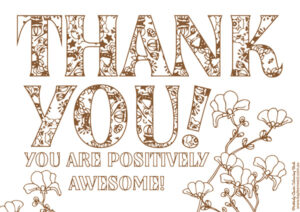 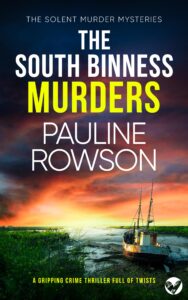 DETECTIVE INSPECTOR ANDY HORTON IS BACK IN THIS BRAND-NEW CRIME THRILLER. OVER 100,000 BOOKS SOLD!

Meet DI Andy Horton. He’s a risk-taking Harley-Davidson-riding detective who doesn’t always play by the rules . . . which often lands him in trouble with his bosses.

There’s a large pool of blood on the deck and heavy crimson spatter up the side of the storage lockers. But no sign of a body on board.

Detective Inspector Andy Horton is on the case. He discovers the boat owner’s identity: Neil Spender, a Portsmouth binman. But he’s nowhere to be found.

It’s not long before Horton’s pulled into another investigation involving an unusual robbery at a local art gallery. Three paintings have been switched for forgeries.

The gallery owner is adamant the originals have been stolen. But there’s no evidence of a break-in.

Now Horton and Cantelli have a murder investigation to solve and a cunning art fraudster to find. Time is ticking for our dogged detectives . . .

“A great read for mystery lovers with plenty to keep you guessing until the last moment.” Crime Book Club

“The Harley Davidson-riding, boat-dwelling Horton is a fascinating man to get to know, and his thoughtful approach to detection is a pleasure to read.” Publishers Weekly

⭐⭐⭐⭐⭐ “Once you get to know Andy Horton you’ll be sure to name him as one of your favourite police characters in crime fiction.” James C.

⭐⭐⭐⭐⭐ “Couldn’t put this book down . . . I thought the story was brilliant and will definitely be reading the next book.” Nikki

⭐⭐⭐⭐⭐ “Pauline Rowson’s books are cleverly plotted with lots of twists and turns . . . For anyone who enjoys a gripping crime novel these are a must.” Darren C.

⭐⭐⭐⭐⭐ “Love all of Pauline Rowson’s books. If you like a good twist, read this, you won’t be able to put it down!” Amazon customer

THE DETECTIVE
DI Andy Horton’s mum walked out on him when he was a child and he grew up in children’s home. Now he lives onboard his yacht in Southsea Marina. He rides a Harley-Davidson and never wears a suit or tie — unless it’s to go to court. He’s an instinctive copper and a man of contrasts, which often lands him in trouble with his bosses. He has a desperate need to belong, and yet is always just on the outside. Self-contained, afraid to show his feelings, but he’s a risk-taker that seeks justice.

THE SETTING
Portsmouth boasts a vibrant waterfront, a diverse multicultural population, an international port, a historic dockyard, and is home of the Royal Navy. Portsmouth Harbour is one of the busiest in the world — and one of the best places to hide a body, it seems. Set against the backdrop of the sea, the Solent area of Portsmouth and the Isle of Wight is every detective’s worst nightmare. The sea is ever-changing and often the best clues get swept away by the tide.

and everyone else who helped by buying the book, reviewing and sharing the book love.