Today I am kicking off the Blog Tour for WEST COUNTRY MURDER by Derek Thompson.  This is book 2 in the Detective Craig Wild mysteries series and is an intriguing read. 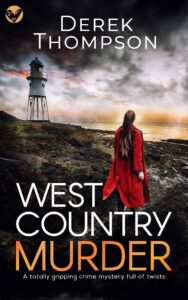 At first PC Marnie Olsen thinks the man in the car is asleep. But the lack of movement and strange tilt of the head are a dead giveaway.

The only clue is a book signed by local author Juliette Kimani, who is holding court at the Wiltshire literary festival.

This could be a real breakthrough. If only Juliette Kimani wasn’t flatly denying ever having met the man . . .

Detective Craig Wild discovers that the victim was using a fake name. He must have been involved in something dark.

If Wild can find the man’s real identity he might just crack this case. But first he must deal with some very dangerous people. They’ll do whatever it takes to keep the truth buried. How far will Wild go to make sure the truth comes out . . . ?

Detective Craig Wild will be pushed to his limits in this gripping crime mystery packed with twists and turns.

WHAT READERS ARE SAYING ABOUT DEREK THOMPSON:

“If you read one book this year, choose this brilliant thriller that will keep you guessing to the end.” Chris Child

A man dies in a car at a literary festival.  No clues who he is except a signed book but the author denies all knowledge of him or the book.  Detective Craig Wild has his work cut out with this one.

As the investigation begins it soon becomes clear that all is not as it seems.  The victim was given a new identity and the enemies from his past are many and varied.

This is an intriguing mystery with many twists and turns as Wild finds himself travelling up and down trying to work out what is going on.

The victim is a very intriguing personality who has a criminal background with many enemies but since being given a new identity he appears to have come good – but has he?

Detective Wild is growing on me and Marnie too the pair make a good team so I hope this relationship continues along with the series. 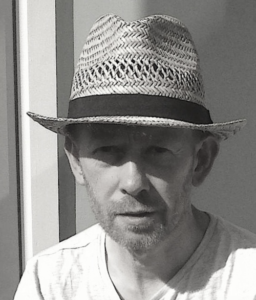 His love of film noir and thrillers began with The Big Sleep, and has never left him. Much of his fiction involves death, data or secrets. As the saying goes: write about what you know. He writes about Thomas Bladen and his role in the Surveillance Support Unit.

His books have been described as snarky (yes, it’s a real word), pared down, and morally ambiguous. What more could any novelist ask for? Apart from pens – you can never have too many pens.