Today I am kicking off the Blog Tour for THE LIST by Michael Leese.  This is the first book in the Detective Martha Munroe series and is a gripping pageturner. 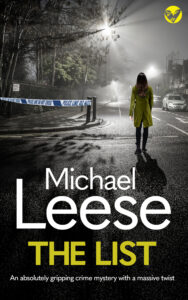 Her sergeant is speaking, but she barely hears what he’s telling her.

Your mother has been shot dead. Your four-year-old daughter has been taken.

There are no leads. Who would want to hurt her family?

Martha realizes it’s time to ask herself some hard questions about her late father.

He led the anti-corruption squad at Scotland Yard. It’s rumoured he kept a list of everyone who worked for him, from coppers to criminals. And just being on that list was a sure-fire way to lower your life expectancy.

Her mother was killed by someone trying to get their hands on that list. Now time is running out for Martha to get her daughter back alive.

Martha is the kind of cop who always goes by the book. But family is EVERYTHING. And she will do ANYTHING to keep them safe.

Fans of Line of Duty and Mare of Easttown, and readers of Andy Maslen, Rachel McLean, Helen H. Durrant, Matt Brolly, Angela Marsons and D.S. Butler will love this gripping crime mystery from the author of the Detective Roper and Hooley Mysteries.

Detective Martha Munroe is going about her duties when her life is changed forever, her mother has been murdered and her daughter abducted.  There are no leads.  As Martha and her trusted friend, Harry, set about trying to find her little girl Martha finds herself on the wrong side of the law.  What is going on?

It soon becomes clear that her late father left behind secrets, very dangerous secrets. And now dangerous people are looking for them.  People with powerful contacts.

I do love Michael Leese books.  I am thoroughly enjoying the Roper and Hooley series so I was really looking forward to this one and I wasn’t disappointed.  A very intriguing and gripping story with so much going on I just kept on reading way into the night.  Many twists and turns keep the adrenaline pumping all the way to the end.  An absolutely brilliant read that I recommend to anyone who loves Crime Fiction. 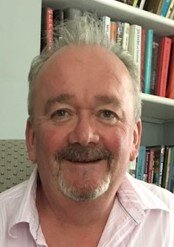