Today I am thrilled to be kicking off the Blog Tour for the latest addition to the brilliantly unique PATERSON & CLOCKS series by the very talented Steve Parker.  HIS MOTHER’S BONES is book 7 in the series but works perfectly as stand-alone. 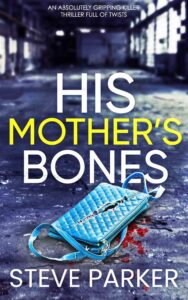 Discover a crime thriller full of shocking twists by one of the most exciting new authors you’ll read this year.

This could be the case that breaks Paterson and Clocks. The police detectives who NEVER play by the rules.

As she shook her head, Jamie stuck the coins over her eyes. ‘Goodbye, Mother.’

Christine Lord, a judge, is tethered to a court roof. And sentenced to death. By her son.

The ribs are splayed, the lungs lifted out. An ancient Viking ritual known as the Blood Eagle. Performed while the victim is still alive.

And now someone’s been left like this in a local London park.

And the dead man is someone with very close ties to Paterson and Clocks.

There’s a killer out there and each murder is grislier and more disturbing than the last . . . who is behind them and why the elaborate murder methods? Time is running out for London’s most irreverent detectives to stop their ultimate enemy.

This is the seventh in a series of action-packed, edge-of-your-seat crime thrillers, with an ending that will have your heart in your mouth.

WHAT READERS ARE SAYING ABOUT HIS MOTHER’S BONES:

⭐⭐⭐⭐⭐ “An entertaining read . . . The action and drama never stop and had me reading into the night.” Carol S.

⭐⭐⭐⭐ “Fast paced, action packed suspense with a colourful and engaging cast of characters and an entertaining narrative laced with dark humour.” Ruth G.

“A fast-moving thriller that kept me hooked from page one.” Jennifer W.

⭐⭐⭐⭐⭐ “ “This book kept me interested right to the last page. Story was great with lots of twists.” Michelle G.

⭐⭐⭐⭐ “Clocks is his usual irreverent, un-PC self, while Paterson is the very picture of decorum — most of the time. This book is a great adventure with action and surprises . . . I had forgotten how much fun the two were.”

Yey Paterson and Clocks are back.  If you like a fast paced thriller that starts the adrenaline pumping at the beginning and keeps increasing the flow all the way to the very end while also having the potential to make you laugh then this book is definitely for you.

If you haven’t read the earlier books this will work as stand alone but you will enjoy it all the more if you read the series in sequence.

Paterson and Clocks started out in book 1 hating each other but they soon developed a very healthy working relationship, healthy for them that is not sure about the people who cross them.  They also have a unique way of working, they get results, quickly, but it is usually because they work by their own rules.  This has caused some people at the top of Met Police hierarchy to resent them and try to find a way to bring them into line or into custody.

A gruesome murder is just the tip of the iceberg as more bodies turn up murdered by very weird and barbaric methods will this dynamic duo be able to find out what links the cases?

Very unique characters that even at book 7 keep on giving developing more with each book and the cases are also unusual and definitely not for the faint hearted. 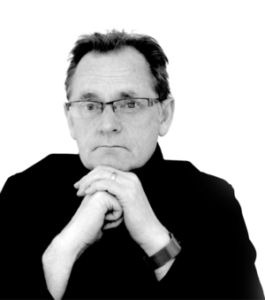