Today I am thrilled to be kicking off the Blog Tour for this stunning new addition to the brilliant Paterson & Clocks series by Steve Parker.  CHILD BEHIND THE WALL is book 6 in the series but they do work perfectly as stand alone. 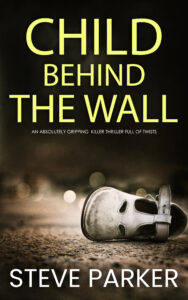 YOU WON’T WANT TO PUT THIS DOWN, PAGE AFTER PAGE OF ACTION AND CLIFFHANGERS. . .

4 a.m. on the outskirts of London
A police squad descend swiftly on a house, eager to exploit the rare opportunity of catching a burglar in the act.

Nothing could have prepared them for what they find.

Four officers break down the door to enter a darkened room. Their flashlights illuminate the body of a man with a knife in his chest and a bloody mess where his face should be.

Nearby, stands a small, thin woman. In her hand is a kitchen knife . . .

By the time, Detectives Ray Paterson and Johnny Clocks arrive at the scene, there is carnage.

But what is bricked up behind the wall is far, far worse.

This is the sixth in a series of action-packed, edge-of-your-seat crime thrillers, with an ending that will have your heart in your mouth.

I do love this series Steve Parker goes where other authors fear to tread. It is not for the feint hearted but if you like a gritty thriller that personifies the evil that lives among us then this book is definitely for you.

Paterson and Clocks started their working relationship hating each other. They are total opposites. Paterson is suave, sophisticated and rich whereas Clocks is rough around the edges and pretty tactless with it but inside is a big softie that you have to love. Despite having little in common they both share a common goal and that is to take down the baddies in any way they can and that often means disobeying rules and sometimes direct orders. The team is a mish mash of personalities but they all work brilliantly together supporting each other at all times.

A burglary is reported and the Police attending stumble into a horrific scene which they certainly weren’t expecting but when Paterson and Clocks arrive they find the devastation in the bedroom is not the only horror to be found in the house.

The investigation takes the team many miles as they try to work out what is behind the manic behaviour.

An absolutely gripping read that had me turning the pages all the way to the adrenaline pumping ending.

A big thank you to the author and Joffe Books for the advance digital copy of this book. These are my unbiased thoughts and opinions.

What readers are saying about STEVE PARKER’S BOOKS

“A must read for all crime thriller fans.” Viv

“A fast-moving action-packed thriller which will keep you enthralled from page one.”

“Another gripping, fast-paced and twisted caper for the most unorthodox police duo in UK fiction.” Donna

“Loved the book, Clocks makes me laugh out loud.” Aileen 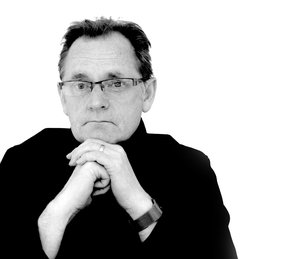