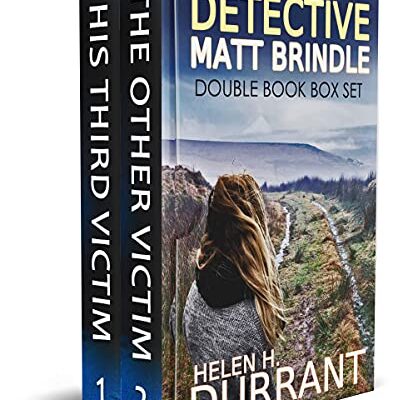 Today I am sharing my review of a new release by the awesome Helen H Durrant.  A double book box set of the brilliant MATT BRINDLE series is now available and you get 2 bestseller in this set for a bargain price of just 99p/c

GET *TWO* HEART-POUNDING CRIME MYSTERIES IN ONE GREAT-VALUE BOX SET.

PRAISE FOR THE BESTSELLING BOOKS

IN THIS DOUBLE-BOOK BOX SET:

BOOK 1: HIS THIRD VICTIM
A body is found dumped on the moors — a bullet in his head and a Chinese symbol stamped on his arm. It means sorry. But he is not the only victim. Four more bodies turn up with the same hallmark. DI Matt Brindle is on the case. What is the real connection between the victims and who will be next?

BOOK 2: THE OTHER VICTIM
Estate agent Ronald Potter is found dead on the kitchen floor of a house for rent. Ronald led a blameless life and DI Matt Brindle cannot find any motive for his murder. But an intensive search of the property leads to a very disturbing discovery in the cellar. Can Detective Brindle expose the truth before the body count rises?

Readers can’t get enough of the DETECTIVE MATT BRINDLE thrillers:

⭐⭐⭐⭐⭐ “There is never a dull moment so I found myself turning the pages compulsively, eager to find out what was coming next.” Elaine

⭐⭐⭐⭐⭐ “A brilliant book with all the twists and turns we have come to expect from her novels.” Viv

“I look forward to reading more about DI Matt Brindle and his tea.” Nerys

HIS THIRD VICTIM
Well Helen Durrant has done it again another awesome 5 star book. The suspense starts at the beginning and continues right through to the edge of your seat ending. I am really hoping there will be more books featuring Matt Brindle.

The killer is clever, very clever, nobody will ever catch him but he reckoned without Matt Brindle. Matt was badly injured and has retired from the Police Force (or has he?). Struggling with PTSD and guilt about the death of his partner he is struggling to pick up the pieces of his life. When a friend is murdered Matt is persuaded to return to work on a trial basis. The case is very complex and is split between 2 teams as everyone struggles with dead ends and false leads plus what appears to be a total lack of motive a young boy is abducted and the race is on to find the killer before anyone else dies.

The characters build through the book into well developed, realistic characters. I love Matt, he is struggling with his personal life and career and is traumatised by past events. His temporary partner is his opposite but it is obvious from very early on that the 2 are going to make a very effective team.

The plot is very intriguing and the reader is left guessing right to the end. When the killer is identified it is a real shocker leaving the reader going WOW.
——————————————————–
THE OTHER VICTIM
Matt has just returned to Police work after a long time recovering from an accident in which he injured his leg and his partner was killed. He is still pretty traumatised but hopefully over the worst.

The story begins with an Estate Agent being found dead on the kitchen floor by prospective purchasers. Who would want to kill an unassuming man who is hurting no-one? That is the first problem facing Matt and his team and more get added to the pile as we turn page after page.

There are family problems involving his mother and the opening of Brindle Hall to the public. A new team member, Kate, with her problems and attitude. When links start reaching back to events Matt is trying to forget he has to delve deep to keep on top of the panic.

The family relationships and problems bring a new perspective to the story to make it even more gripping.

This is a very complex and intertangled story with different crimes to be investigated and different teams involved it kept me totally engrossed in the book and turning page after page until I reached the stunning conclusion.

Absolutely awesome read I highly recommend this to anyone who likes Crime Fiction of any sort. 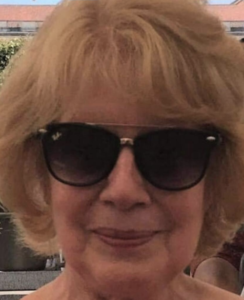