Today is my turn on the BLOG TOUR for HER SISTER’S KILLER. 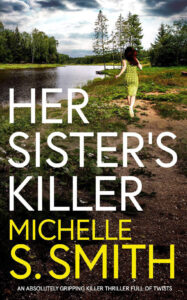 A TOTALLY COMPELLING CRIME THRILLER THAT WILL HAVE YOU HOOKED UNTIL THE SHOCKING CONCLUSION.

She might be one of Chicago’s best homicide detectives, but can she hold up when she has to investigate her twin sister’s murder?

“Her body was found this morning by a jogger. It was murder.”

Victoria Wharton never wanted to return to her tiny New England hometown. She hasn’t spoken to her mother or sister since she left to follow her dreams. But now she’s back to get justice for her sister.

Will her feelings for her childhood friend and fellow detective, Steve McCade, get in the way?

Then the death threats start, and a local man is beaten half to death. The killer will do anything to keep his identity — and motives — a secret. And Victoria realizes she must look closer to home to find her sister’s killer.

FAMILY SECRETS WILL BE SPILLED IN THIS TAUT CRIME THRILLER.

WHAT READERS ARE SAYING ABOUT HER SISTER’S KILLER:

⭐⭐⭐⭐ “This book hooks and intrigues you straightaway. It is about complexities of family relationships and for Victoria the main character having to face her demons to a home that she left for reasons none of us should have to suffer so that she can find who murdered her sister . . . I love a book that keeps you on your toes . . . the art of a great story-teller is not allowing the reader to guess why the murderer did what they did, I would have never guessed the reason.” Ali L.

⭐⭐⭐⭐⭐ “[Her Sister’s Killer] kept me guessing until the surprising end.” Barbara

Victoria has a dysfunctional relationship with her mother and left under a cloud several years ago with no plans to return.  Her sister remained to care for her mother.  Victoria is now living in Chicago and is one of Homicide’s top detectives.

Out of the blue she gets a phone call from her mother:  her sister has been murdered.

Returning to New England with a determination to find her sisters killer Victoria finds herself reawakening feelings for Detective Steve McCade.  Fighting with emotions and demons from her past Victoria then starts to receive death threats.  Someone has a secret and they don’t want it  uncovered.

It makes a change to read a book set in the USA and learn of their different ways of working.  The descriptions of the area were interesting and the characters had their own unique personalities.  All in all a very enjoyable read. 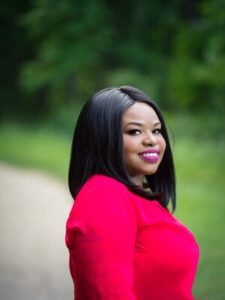 Michell Smith is a budding writer of West Indian heritage. Raised by a devout christian grandmother, in Spanish Town, Jamaica. Now living in Connecticut. Writing came into her life by way of therapy and the exploration of healing. As a child, Michelle became a word-devourer, books were a form of escape from a troubled home. As an adult, it was natural Michelle began writing books of her own, as it takes her through a journey of healing and self-discovery. Her writing engages with themes of love, loss, healing, and depression with an emphasis on strength and resilience. She hopes her words are able to touch, empower and encourage women to begin their own journey.