Stephen Puleston and I would like to say a very big THANK YOU to all the wonderful bloggers and reviewers who helped with the launch of DEAD OF NIGHT.  Your help is very much appreciated. 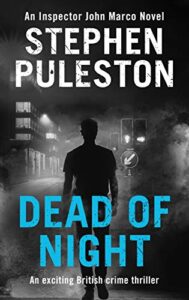