Today I am sharing my review of THE LOST BOY by Margaret Murphy.  This is an adrenaline pumping thriller that had me turning page after page all the way to the end. 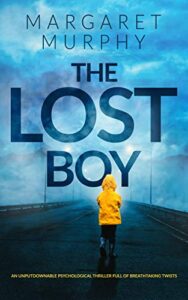 Please note this book was first published as PAST REASON

AN EIGHT-YEAR-OLD BOY IS FOUND IN HIS PAJAMAS WANDERING THE STREETS. WHAT’S HE SO TERRIFIED OF?

Jenny Campbell promised her husband, Fraser, that they would take a break from fostering. But the plight of a small boy found wandering the streets of Garston in just his nightclothes proves impossible to ignore.

TAKING HIM IN WILL MAKE HER QUESTION EVERYTHING — MOST OF ALL HER HUSBAND.

The child refuses to speak, and the police have no clues as to who he is or where he comes from. Only one fact is clear – something, or someone, has left him terrified . . .

Jenny’s concern grows as she grapples with more unanswered questions. Why is the boy so anxious around Fraser? And why, in turn, is Fraser so unsettled by the eight-year-old’s presence in his house? And who is Mr Hunter, whose cryptic phonecalls repeatedly strike at the very heart of Jenny’s own pain?

A nationwide appeal is launched to uncover the boy’s identity. It seems the dreadful events that have left him traumatized are about to invade Jenny’s secure and loving world — and rip it apart . . .

AND NOW IT TURNS OUT TWO BOYS HAVE GONE MISSING. WHAT’S THE CONNECTION?

PRAISE FOR THE LOST BOY

“Set vividly in Liverpool, this journey into psychological suspense should not be missed.” Val McDermid, Manchester Evening News

“Shows how crime fiction can move and excite, while at the same time exploring important – and controversial – aspects of the modern world.” Sunday Express

“This is a novel that once started is difficult to put down. Margaret Murphy is undoubtedly going from strength to strength.” Tangled Web

A small boy is found wandering the streets in his pyjamas.  Nobody has reported him missing and the boy is obviously traumatised and mute.  Max persuades Jenny, an experienced foster carer to take him but the reaction when her husband, Fraser meets him is just the start of the problems.

Nearby another boy is reported missing.  What is going on?

As Mike and his team start investigating they realise they have their work cut out as everyone appears to have secrets they don’t want uncovered.  Then a woman’s body is found having been brutally murdered but who is she?

This is a very intriguing book that had me hooked from the beginning several stories all intermingled at some point along the way.  It pulls on the heart strings as we pray for the poor little lad to learn to trust again.

An absolutely brilliant read.  Another 5 star read from the brilliant Margaret Murphy. 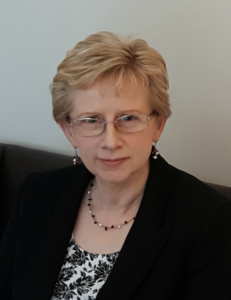 Margaret Murphy writes internationally acclaimed psychological thrillers. She is a past Chair of the Crime Writers Association (CWA), founder of Murder Squad, and a former RLF Writing Fellow and Reading Round Lector. She’s been a country park ranger, biology teacher, dyslexia specialist and Visiting Professor in creative writing. A Short Story Dagger and CWA Red Herring award winner, she has also been shortlisted for the ‘First Blood’ critics award and CWA Dagger in the Library.