Today is my turn on the Blog Tour for SAFE by Jane Adams.  This is a brilliant first release to a new series and I am hoping for many many more I just couldnt put this book down I was rooting for Lauren from the beginning to the end.. 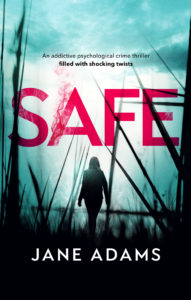 DISCOVER A BRAND-NEW BRILLIANTLY GRIPPING SERIES FROM A BESTSELLING AUTHOR

All her life, all Lauren Sykes wanted to be is safe.

Her father murdered her mother and gets away with it. He tries to force Lauren into marriage with vicious criminal Charlie Perrin. But then Lauren kills him. Now she’s on the run.

It was self-defence. Perrin had tried to force himself on her. But the details don’t matter. Now she has two criminal families, the Sykeses and the Perrins, are after her. They will kill her for defying them.

The one person Lauren trusts is killed by her father’s men. Now her only hope is undercover cop Petra Merrow. Lauren has no choice but to trust her. It’s that or die.

THERE ARE NO SAFE HOUSES FOR LAUREN

Even the police can’t trust each other. A corrupt cop threatens them both. Merrow’s cover is blown. She calls on DI Toby Clarke to help protect them. But can he be trusted?

This is the first book in a new series by Jane Adams.  I loved the Mike Croft series so was looking forward to settling down with this one and I was far from disappointed.

Lauren has never been safe her father is an evil man who cares only about himself and his power and his plans for the future include a merger with the Perrins and o do that Lauren will marry Charlie Perrin the fact that Lauren doesn’t like Charlie and is only 17 whereas he is much older doesn’t matter to Kyle, all that matters is him having total control.

Lauren is a resourceful character.  Life has taught her to survive.  17 years old but with the life experience of someone much older she knows she can only rely on herself.  When Charlie tries to rape her she reacts by shooting him.  Realising she has made a mistake that will bring the wrath not only of her father but also the Perrins down on her she runs to the only person she trusts thereby dragging him into her problems.

What follows is a race to keep one step ahead of her pursuers, forced to trust a total stranger can Lauren survive against all the odds?

WOW what can I say?  A fantastic read full to the brim with adrenaline pumping suspense that had me gripped from the very first page.  Very realistic characters that gain depth over the course of the story.  I loved Lauren.  The life she has led has formed her character and Jane has written this perfectly.  This is an awesome read that will appeal to anyone who likes a good thriller.  5 stars from me. 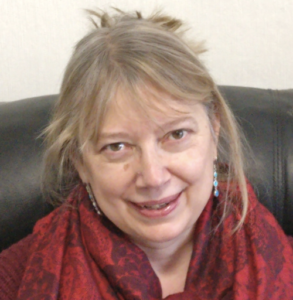 “I am the author of more than thirty published crime novels. The first, The Greenway, was nominated for both the Authors’ club award and the CWA John Creasey for best debut novel.

I’m constantly amazed at where life has taken me. Writing had never been on my ‘possible careers’ list, but once stories take root in your brain, they just have to be told – and I feel very fortunate that people want to read them.

In addition to writing I teach creative writing, read and mentor for The Literary Consultancy, am a Royal Literary Fund Fellow and FRSA.”