Today is my turn on the Blog Tour for BLOOD ON THE ISLAND this is the first in a brand new series featuring an Irish Detective and set on the beautiful island of Guernsey but as we expect from Stewart Giles Liam isn’t going to have the peaceful life he is expecting.  This brilliant book is available for just 77p/c for a very short period. 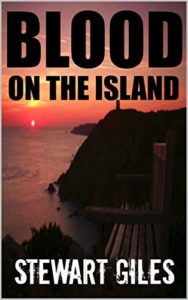