Today I would like to share my thoughts on STANDPOINT by Derek Thompson. This is book 1 in the Thomas Bladen series and I advise that you do read this series in sequence to ensure you have the background which will add to your enjoyment of a brilliantly gripping story. 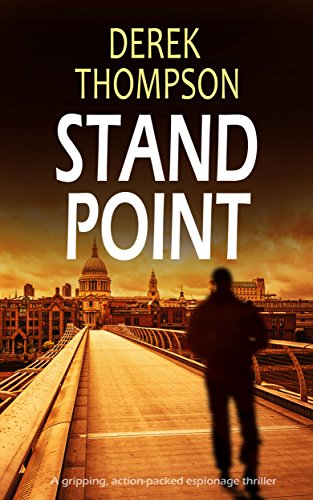 Do you love gripping espionage thrillers full of great twists and plenty of action?

Thomas Bladen works in surveillance for a shadowy unit of the British government. During a routine operation, he sees a shooting which will expose a world of corruption and lies.

When his on-again, off-again girlfriend Miranda is drawn into the conspiracy, Thomas must decide who he can trust to help him save her life.

In a thrilling conclusion, Bladen’s life will be on the line and everything he thought he knew will be turned upside down.
THOMAS BLADEN SERIES
Book 1: STANDPOINT
Book 2: LINE OF SIGHT
Book 3: CAUSE & EFFECT
Book 4: SHADOW STATE
Book 5: FLASHPOINT

I read Flashpoint (which is book 5) and I realised that as much as I loved the book and it does work as stand alone I really needed to learn the background to Thomas Bladen and so this book has been on my To Read list ever since and I am so pleased I finally found time to read it.

Thomas is a complex character. He has loved, lost and is now single but has a friends with benefits relationship with Miranda (who he still loves). Karl is a mysterious character he is from a military background and has many talents but can he be trusted? Miranda comes from a very close and resourceful family and Thomas is treated as one of this tight family unit but will this save him?

The story begins as Thomas is photographing under surveillance at a customs port and he sees a few things that he wishes he hadn’t. He then ends up out of his depth and his life becomes very complicated. When Miranda gets caught up in Thomas’ mess life gets even more dangerous and complicated.

This is a fast moving book with a very complex story which involves corruption and evil. Who is the enemy? A lot of seemingly unconnected strands come together in an edge of the seat ending that has the adrenaline pumping.

I found the book to be a bit slow going for the first 30% as we got to know Thomas and Karl and the complex relationships between the characters. It is this background that I felt I had missed in Flashpoint so I was happy to slowly learn and get to know these characters and the background to a complicated story that made for absolutely gripping reading. A brilliant book very well researched and written. I now need to go and read the next book.

A very well deserved 5 stars from me 🙂 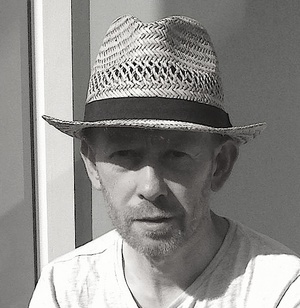 Derek Thompson grew up in London and started writing fiction in his teens. After spending a year in the US, he returned to London and subsequently moved to the West Country.
He wrote a commissioned piece for The Guardian in 2008 and entered the world of freelance writing in 2009. His short fiction has featured in both British and American anthologies, and can be found online. He has also written comedy material for live performance and radio.
His love of film noir and thrillers began with The Big Sleep, and has never left him. Much of his fiction involves death, loss or secrets. As the saying goes: write about what you know.
He writes about Thomas Bladen and his role in the Surveillance Support Unit.
Website: www.alongthewritelines.blogspot.co.uk
Twitter: @DerekWriteLines