Today I am absolutely delighted to be kicking off the #BlogTour for THE ASH LAKE MURDERS.  This is the first book in a brilliant new series by the bestselling Helen H Durrant.  Today I am sharing with you an introduction to the series with some stunning images of the location that inspired the series. 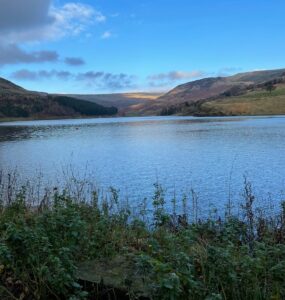 The Ash Lake Murders was born out of a quiet week away at a rural fishing retreat with my brother and his wife. Not I hasten to add like the one featured in the book although it is responsible for the initial idea.

They spend weeks at the retreat during the summer months, they love it and have invested both time and money. They own a top of the range caravan on the water’s edge with its own fishing spot and ducks and geese for neighbours. Me, on the other hand, being a non-fishing person initially had mixed feelings. I fancied the peace and quiet, the time to write and plot, but with no shops to wander round for a little light relief, and no pub within hailing distance …. well, I did wonder … 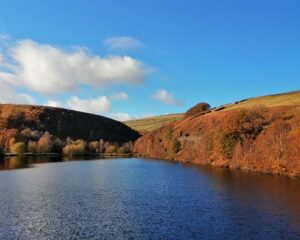 But I was wrong, the retreat is an oasis from the cut and thrust of reality. The other owners a welcoming, friendly bunch who despite being a stranger welcomed me as one of their number. The sun shone all week, the temperature rose and the site had a beguiling charm that soon got me thinking about something new, the start of another series with the initial case unfolding in a place very like the retreat.

Before I returned home I had a handful of characters and the outline of a plot – a female serial killer versus a female detective. Add a complex backstory that involves family, infidelity and the need for revenge and there you are. 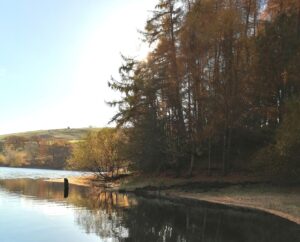 But my detective had no name which was odd because the name of the main character is usually where it starts for me. It drives the tale and gives me an image and flavour of that person. I was determined not to leave before I had an image of her in my mind – before I could see her in this place. Well one some distance away and with a very different landscape. The innocent have to be protected.

I was out walking the morning before we left for home and there she was – Alice Rossi. Not as young as my other female detective, Rachel King and Alice has only one child, a son. But like Rachel, she lives for her work and has given up a lot in order to reach the rank of DCI.

The plot was next. Her nemesis, a female killer Alice had been after for a number of years but has never met. A psychopath who maintains she kills only to lure Alice into her killing ‘game’ and does so by sending cryptic tweets to alert the DCI that she’s back.

But this time the game is different. The killer has promised that it will be the last and only one of them will walk away. The scene is set, the characters know their lines and killer remains a dark mystery until the very end.

The setting for this showdown, the fictitious rural retreat – ‘Still Waters’. 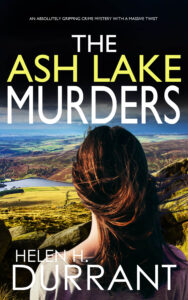 A brand-new mystery from #1 bestselling author Helen H. Durrant that will have you gripped from start to explosive finish.

A female serial killer with a deadly agenda. The detective who must stop her. Luxury holiday lodges in the stunning Peak District. The game begins . . .

Callum is lured to an isolated boathouse by an attractive older woman. When she gets him alone, she knocks him out with a single blow. As he wakes up, her voice comes out of the darkness, “You’re a sprat to catch a mackerel.”

Surrounded by hills and lakes, Still Waters is home to a close-knit community of wealthy retirees. It’s an unlikely setting for violence. The police don’t take Callum’s disappearance seriously: he’s 24-years-old, after all. But Callum’s mother, a Still Waters resident, knows that something is very wrong.

Then a body is discovered floating in the lake. Head bashed in. But it’s not Callum.

And someone tweets: Come out to play one last time, Alice. Still Waters run deep. #MadHatter.

That’s when DCI Alice Rossi is called in. She’s back.

IT’S A CAT-AND-MOUSE GAME BETWEEN AN OBSESSED KILLER AND A DETERMINED DETECTIVE IN THIS GRIPPING MYSTERY FULL OF STUNNING TWISTS.

⭐⭐⭐⭐⭐ “Wow . . . this will keep you on the edge of your seat. Brilliant story from this author.” Booklover Bev

THE DETECTIVE
DCI Alice Rossi of Greater Manchester’s Serious Crime Squad has served with the police for the past twenty-nine years. Since the death of her husband, Paul, six years ago, she has lived alone in a large, three-storey Edwardian terrace on the outskirts of Manchester. Her grown-up son lives in Edinburgh with his family. Alice is about to retire — but she’s not looking forward to it. Since her husband died, work has been her mainstay, not because she misses Paul — he was a bad man — but because it keeps her dark thoughts at bay. 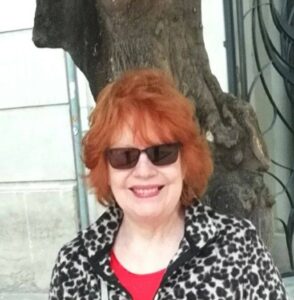