Today I am kicking off the Blog Tour for THE UNIFORM by Jodie Lawrance.  This is the first in the Detective Helen Carter series and a very gripping read. 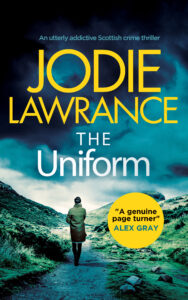 ⭐⭐⭐⭐ “The Uniform is a first-rate crime thriller and a must-read for anyone interested in the genre. I would gladly recommend this to all readers of crime thrillers.” John

Helen Carter has just landed her first case as a detective: a murder in an abandoned cinema. A mysterious clock-like symbol is drawn on the wall . . . in blood.

Stranger still is what the killer left behind: the business card of an ex-cop.

Since being promoted from WPC, Helen is having trouble making her mark in the male-dominated Edinburgh CID, working under Inspector Jack Craven. He’s not happy about having a woman on his team. Witnesses won’t talk to her, her colleagues don’t take her seriously.

And now a body turns up in a sweet shop with a pocket watch shoved in his mouth.

The clock is ticking to stop a serial killer.

WHAT READERS ARE SAYING ABOUT THE UNIFORM:

“[Jodie Lawrance] as a writer to take note of right now. In terms of style and content it will appeal to fans of Ian Rankin, Val McDermid and Christopher Brookmyre, but there is something else going on. With the action starting at a rapid pace from the off, and not letting up till the last page, you could read it as a straightforward crime novel and you will not be disappointed.” Scots Wae Hae magazine

⭐⭐⭐⭐⭐ “A promising start from an exciting new author. It’s a police procedural based in Scotland, set in the 1970’s. Featuring newly promoted Detective Helen Carter, its well-researched into attitudes towards women at that time. An addictive read, cleverly plotted. I am looking forward to reading the next in the series.” Carol

⭐⭐⭐⭐ “I thoroughly enjoyed The Uniform which is a good start to a new series.” Elaine

Helen is finding her way in the Police Force and is new to CID.  The year is 1977 when women police officers were under-rated and there was a lot of prejudice against them.  This comes across very well in the book and is an underlying theme to the story.

Random people are being killed and CID are struggling to find a link while the bodies are stacking up.  The victims were tortured before they were killed and it becomes clear that someone has an axe to grind but who is it and why?

In addition to the pressures of the case Helen has personal issues to cope with.  Her partner is drinking too much and is against her career it seems she is on the receiving end of more than her fair share of hassle.

Helen is a realistic character grieving for her father and questioning her decision to join the Police Force when everyone seems to be against it.  However she is a determined character and will continue with her chosen career.

Her boss, Jack Craven, is a typical Scottish male of that era who thinks women should be at home cooking and cleaning he is always ready to snipe at Helen but the implications are there that he is a big softie underneath.

A very enjoyable book I struggled with the Scottish language in parts and that seemed to distract me from the main story which is a shame.

Thank you to Joffe Books for the advance copy 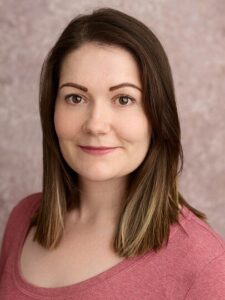