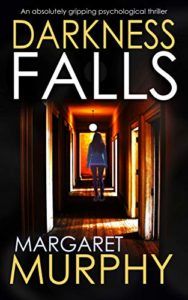 CLARA PASCAL HAD IT ALL. NOW SHE FACES HER WORST NIGHTMARE

She’s a successful lawyer, beautiful and a devoted mother. People want to be her.

THEN CLARA’S ABDUCTED IN BROAD DAYLIGHT AS SHE TAKES HER DAUGHTER PIPPA TO SCHOOL.

The only witness is her daughter and all she can describe is a man bundling her mummy into a white van.

Now, robbed of everything that gives her life meaning, she lies chained to the stone wall of a dark cellar – without food, warmth, or sleep, without even the most basic communication.

WHY HAS HE TAKEN HER?

As the police team frantically investigates, knocking on doors, following up wisps of leads, bullying, cajoling, begging witnesses for help, it seems that Clara Pascal has disappeared without trace.

Meanwhile, in her dark prison, Clara begins to suspect why her kidnapper has kept her alive. And the reason is terrifying.

THE CLIMAX WILL TAKE YOUR BREATH AWAY

This dark, twisting thriller will have you gripped from start to frantic finish. Perfect for fans of Carol Wyer, Lisa Jewell, Karin Slaughter, Jess Ryder, Mark Edwards and Charlie Gallagher.

DISCOVER AN ABSOLUTELY COMPELLING PSYCHOLOGICAL THRILLER BY AN AWARD-WINNING WRITER

Clara is a defence lawyer happy with life living with her husband and young daughter, Pippa. It isn’t a normal day it is Pippa’s birthday and also the start of a big case. Clara doesn’t have time to take Pippa to school but she has reckoned without a child’s emotional blackmail. So in a rush off she goes to take Pippa to school. That was a big mistake because after saying goodbye to her daughter she finds herself being bundled into a van and later wakes up to find herself locked in a dark cellar.

Why has Clara been abducted and who is her abducter?

This is a gripping story that gets down into the emotions and problems of a family facing the unknown, trying to function with too many questions each trying to deal with things in their own way.

As the story progresses there are many twists and turns along with red herrings to keep the mind working trying to work out who has abducted Clara and if it is the same unsub who has abducted others.

The ending WOW as all the strands come together we are left reeling with a conclusion we never expected.

I look forward to more from this author