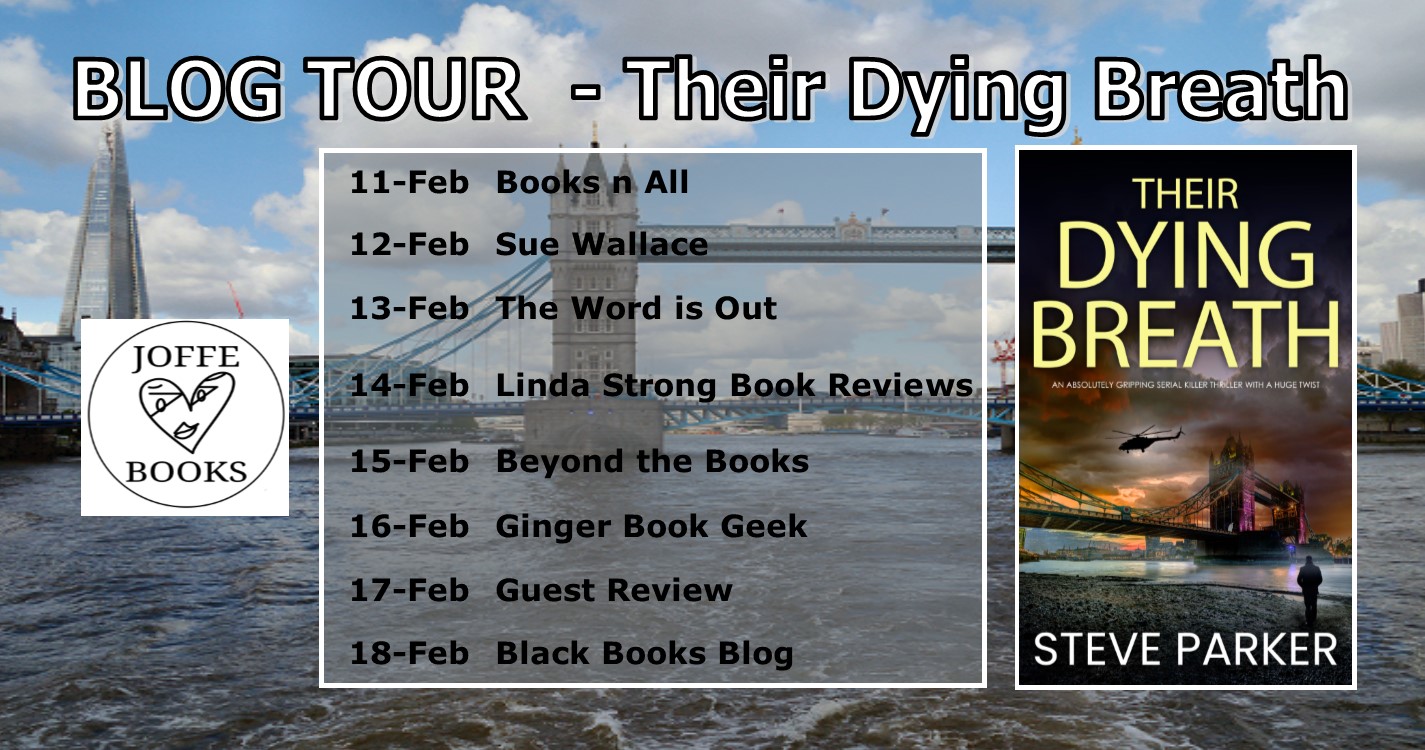 Today I am delighted to be kicking off the Blog Tour for this brilliant new release to the Detectives Paterson and Clocks series.  THEIR DYING BREATH is book 5 and is an adrenaline pumping read that will keep the pages turning from the prologue to the edge of your seat ending.

The Paterson and Clocks series is one I really love.  I love everything about it from the realistic way it is written to the absolutely brilliant characters.  The dynamics between Paterson and Clocks really make the book I have watched this pair grow from hating each other to becoming best friends despite the fact they are totally different personalities.  Clocks is so funny and that is important because this pair and their colleagues are dealing with evilness personified.  But the villains had better watch out because these 2 never give up until they have got their man (or men)

The story begins with a body found on the banks of the Thames.  It appears the man was buried up to his neck and left to watch the tide come in until he drowned.  Then the airwaves are taken over by a live feed of a man in a box and the team is in a race against time, literally, to try to find where the box is buried before it is too late.

Paterson and Clocks pull out all the stops to try to work out what is happening before chaos breaks out and the rumours of racial crime take on a life of their own.  They are up against it as the Muslim community close ranks.  But secrets will be uncovered and the motive realised but Paterson, Clocks and the team put their lives and careers on the line to save lives and find the reason for the murders.

In addition to the main storyline there is a sub-story that brings even more intrigue to the book and had me asking myself if it could possibly be so.

This is an absolutely awesome read it is a while since I have enjoyed a book so much.  It probably isn’t for the faint hearted but if you are a reader that likes adrenaline pumping suspense from the first page to the last then this book is definitely for you.

5 golden stars from me –  cant wait for the next book.