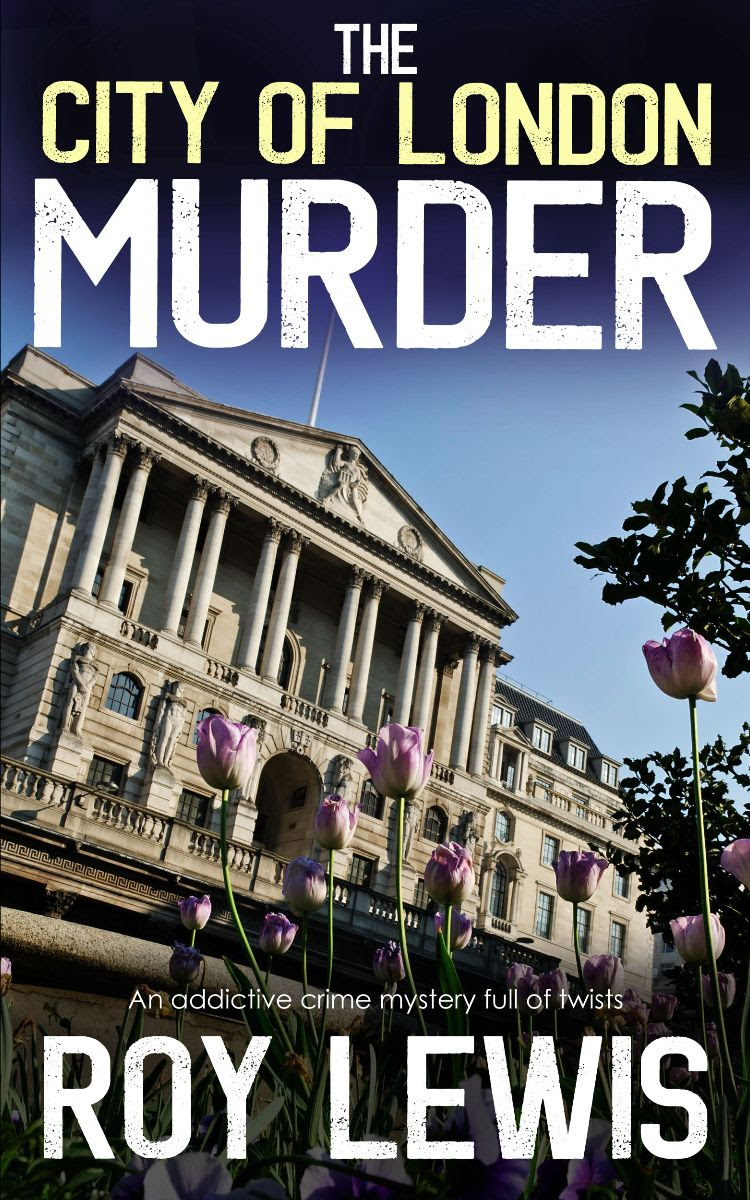 These are dark times in the City of London. Facing a hostile City takeover and representing an accused murderer, policeman-turned-lawyer Eric Ward has his hands full. It’s up to Ward to expose London’s sinister underbelly and bring the truth into the light.

This beautifully told story, from a time before smart phones and DNA testing, will have you gripped form start to finish – enjoy!

Please note this book was first published as THE SALAMANDER CHILL.

Looking for a classic murder mystery from an acclaimed crime writer?

Discover Eric Ward, policeman turned lawyer. This beautifully told story, from a time before smart phones and DNA testing, will have you gripped from start to finish.

“A novel of depth and craftsmanship refreshing in this genre.” Publishers Weekly

“Mr Lewis is a master of his craft and he pilots Ward through the shoal waters of business chicanery and physical violence with a sure hand.” Somerset Express

DARK DEALINGS IN THE CITY OF LONDON

Eric Ward is still uneasy on the board of merchant bankers Martin & Channing. Their defence against a hostile takeover is pushing the limits of the law.

But Eric soon has problems nearer home: his wife’s colleague is charged with the murder of his fiancée in his London flat. He asks Eric to represent him.

Eric discovers some very interesting facts about the dead woman.

Then Eric is called back to London to deal with the takeover gone wrong.

A GRIPPING, WELL-CRAFTED MYSTERY THAT WILL HAVE YOU COMPLETELY ABSORBED

He finds his separate roles intertwining. Can he save his reputation and expose the dark side of London’s financial heart?

THE DETECTIVE
Eric Ward is forced to retire from the police when he discovers he suffers from glaucoma but qualifies as a solicitor (lawyer) and sets up his practice on the Quayside in Newcastle, where he deals with the seamier side of the law. When he marries a wealthy young woman she attempts to persuade him to settle in Northumberland and work with wealthier clients but he stubbornly refuses to give up his criminal practice in Newcastle. Although she draws him into the world of high finance he still insists on continuing at the Quayside — which causes tensions within his marriage, and lead to unintended consequences.

This fast-paced mystery will have you enthralled from the start. Set in England in the 1980s, this is the seventh book to feature Eric Ward. More coming soon.

DISCOVER YOUR NEXT FAVOURITE MYSTERY WRITER

Roy Lewis is one of the most critically acclaimed crime writers of his generation.

“Roy Lewis is a writer who believes in keeping his readers on their toes with plenty of twists and surprises. He writes well, too with an admirable sense of character and place.” Daily Telegraph

A SUSPICIOUS DEATH AND A LARGE INHERITANCE WITHOUT ANYONE TO RECEIVE IT.  Eric Ward thinks there is something odd about Arthur Egan’s life and death. But Ward is a former police inspector, and trained to be suspicious.  Egan left a large sum. But Ward makes no progress tracing the dead man’s offspring. A photograph of an unknown tombstone is his only clue.  He discovers Egan served a term for manslaughter, and that the evidence against him may have been planted. Why had he accepted his fate so meekly?  Despite warnings that he is wasting the firm’s time, Ward persists in his investigations.  AND HIS PERSISTENCE LEADS TO MURDER.

Jack Saxby is trying to keep the farm he thought he’d been given by his mother. His vindictive father wants to take it away, and Jack’s two brothers also have their own agenda.  Then there’s a suspicious death, and the family’s dark secrets come to light. Can Eric Ward, representing Jack, find out who’s really guilty.  Eric is facing a risky eye operation and he’s still resisting a serious relationship with young heiress Anne Morcombe.  Can he solve the case and save his reputation?

AN OFFER TOO GOOD TO BE TRUE.  Former police officer-turned-solicitor Eric Ward is recovering from a serious eye operation when the offer comes in.  Come down to London.  Help Philip Scarn, a successful entrepreneur, break into the North East.  Get paid handsomely doing it.  On the journey, Ward is nearly killed. At the other end of a phone call, a shadowy voice warns this is just the beginning.  Then a young woman is murdered. Ward finds himself caught up in a turf war between gangs as he races to prevent another killing.  Is an old enemy from his policing days on his tail? Or is this something to do with Scarn?  Can Eric Ward discover his enemies when what’s preventing him from seeing them has nothing to do with his eyes?

A thriving law practice and a happy marriage are almost enough to convince solicitor Eric Ward he has overcome his painful past and started a new life.  All it takes is the wrong client for it all to unravel.  An investigative journalist beaten to a pulp.  A crooked Newcastle businessman living the high life in France.  A woman from a half-forgotten past.  Former police officer-turned-solicitor Eric Ward represents Eddie Stevens, an investigative reporter on the trail of a hot story. Badly beaten by a local roughneck, Stevens discovers he is on a bigger trail when finds a dead body of an unknown man.  Ward’s investigation leads him to Lansley, a shady Newcastle entrepreneur with criminal ties living in Marseilles. Then a woman from Ward’s own half-forgotten past turns up, looking to him to be her saviour. A gruesome revelation in the first case just might be the solution to the second.  Ward quickly discovers excavating the past can be a dangerous business.

EXPLOITATION. KIDNAP. MURDER.  Sam Turiff is a loan shark preying on the most vulnerable people in Newcastle.
Detective Eric Ward’s investigation runs into a brick wall trying to bring down the callous criminal. No one will give evidence against him. They’re frightened what he’ll do to them.  Then Kate Geraghty is kidnapped. She’s the granddaughter of local tycoon Liam Geraghty, and there’s a link to the loan shark.  But who carried out the kidnapping and why, since no ransom is demanded?  The case soon turns into a murder investigation and Ward finds himself up against a Northern crime empire.  CAN DETECTIVE WARD BRING DOWN THE CRIME LORD BEFORE ANYONE ELSE PAYS THE ULTIMATE PRICE?

MURDER ON THE HIGH SEAS

Eric’s wife, Anne, has followed the advice of handsome lawyer Mark Fenham and invested a small fortune in a merchant bank also involved in underwriting marine insurance. Now her company must pay out a vast insurance claim for Sea Dawn, a ship sunk in Spanish waters. Eric Ward smells fraud.  HIS WIFE COULD LOSE EVERYTHING.  And then one by one, people connected to the Sea Dawn start to die. The murderous trail takes Ward to sunny Spain — where he comes face-to-face with his arch enemy.  WILL WARD UNCOVER THE TRUTH ABOUT THE SINKING OF THE SEA DAWN?

Book 7: THE CITY OF LONDON MURDER