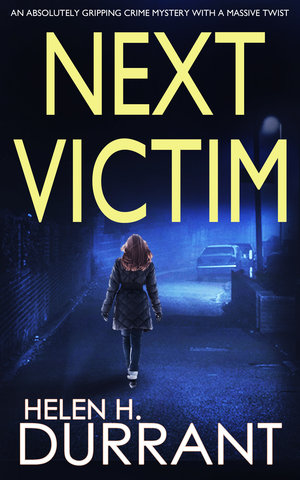 Today is my turn on the Blog Tour for NOWHERE TO HIDE by Stephen Puleston.  This is book 7 in the brilliant Inspector Drake series.  The series gets better book by book and this one will not disappoint it is a gripping page turner full of twists and turns.

When drug addict Dawn Piper is found dead in her own home, her neighbours are far from surprised. Dawn’s habit led her to mix with some dangerous people. But this quiet mother of one was small fry …would anyone want Dawn dead?

Inspector Drake knows there is more to Dawn’s murder than a simple drug deal gone wrong. As he digs deeper, he discovers that Dawn hoped to clean up the streets of her community that are being overrun by drugs and the dangerous County Lines gangs that sell them. And it cost her her life. Have the police force failed the community they serve?

Drake is used to the murky world of organised crime groups. He knows the dirty games they play to evade arrest. But in his toughest case to date Drake is determined to make the guilty pay.

This time, they will have nowhere to hide”

Inspector Drake is back and this time he is out to obtain justice for the people society has let down.

The body of a young woman is found in her home but that is not where she was killed.  Drake and his team have the difficult task of finding out why she was murdered and who killed her.  As an ex addict (or is she) she has mixed with the underworld of drugs and violence but even so a life has been lost and a young boy motherless so Drake is determined to get answers.  2 other girls go missing while in the care of the state.  Are the 2 cases linked or separate?  Either way Drake will see justice is done.

Drake has struggled with life.  He has serious OCD and has worked to keep it under control but it cost him his marriage.  But now he has Annie and in addition to a very demanding job he is working hard to make the relationship work.  He also has to cope with upcoming changes at work as the superior officer he has developed an effective relationship with moves on Drake has to start again with somebody new.

As the team dive in to the investigation Drake finds that someone is out to scare him off.  As the people who he cares about are put at risk can he unravel the clues before someone gets seriously hurt?

This is a steady paced mystery that gets into the nitty gritty of detective work.  We follow the team in looking for clues where there are very few and round many twists and turns making it a very engaging read that is perfect for police procedural fans.

I still live on Anglesey, North Wales near the beach and the mountains of Snowdonia