Today is the first day of my ‘1st in series Blog Event’  Each day I will spotlight the 1st book in a series by one of JOFFE BOOKS author’s.  I hope you will find this Blog Event as enjoyable as my Rolling Blog.  First up is Helen Durrant’s ‘Dead’ series with Dead Wrong. 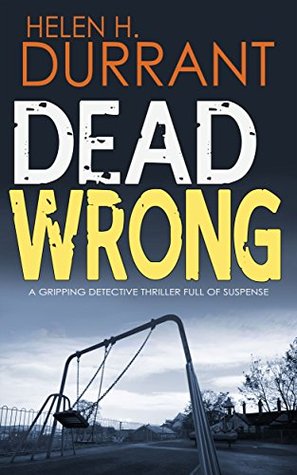 A bag of severed fingers is found in the playground by a rough housing estate
Police partners, D.I. Calladine and D.S. Ruth Bayliss race against time to track down a killer before the whole area erupts in violence. Their boss thinks it’s all down to drug lord Ray Fallon, but Calladine’s instincts say something far nastier is happening on the Hobfield housing estate.

What readers are saying:

I received a forward copy of this book of Net Galley courtesy of Joffe books. This is my first read of any novel by author Helen H Durrant but was instantly drawn by her writing style in the first book of this new series. The novel opens strongly and continues in that fashion to the very end. Good quick read with strong characters that I am sure will develop further in time. Good start to a series I intend to read more of. – Gary

The writing is exact, taut. She has breathed life into her characters. DI Calladine is dealing with personal problems, as well as work problems. He has a girlfriend, of sorts, that he’s trying to break up with. His elderly mother is in a home and is having some health problems. His second in command DS Ruth Bayliss makes a great cop, but she doesn’t take any guff off him. Tom’s commanding officer is incompetent. And then there’s the beautiful news reporter who wants an exclusive. Linda Strong Book Reviews

Dead Wrong is the first in a series of police procedurals featuring DI Calladine and DS Bayliss. A bag of human fingers is found in the playground of a notorious housing estate. The reader knows there is a depraved killer on the loose because we get his point of view but the police don’t and they have no idea if it is drugs or something worse. Quickly everyone but the over promoted DCI Jones realises it is something worse.  Elaine Tomasso

Written with skill and in-depth characterization, this is just the kind of mystery I love to read. That being said, I must warn you that the novel is graphically violent and is not for the squeamish.  Fictionophile

I like the look of this book as soon as I saw it, and I was lucky enough to get a review copy.
Half way through this book I went and purchased book 2, so i could get it started once this one finished.
I did enjoy the book, quite gruesome and grizzly in parts, but that just adds to the great story line of it.  Vicki – I Love Reading