Shoeless Child by J. A. Schneider

‘An emotionally charged story of murder,lies,secrets and manipulation that had me hooked in from the very first sentence.’  – Nicki

Available from: Amazon UK Amazon US

A little boy has seen a horrific murder but is too traumatized to speak. Detective Kerri Blasco struggles to connect with him…

Charlie Sparkes peeks out to see his mother and another young woman brutally shot. Hysterical, the brave child bolts into the cold November night for help. He screams and cries, only to fall into more trauma.

Homicide Detective Kerri Blasco is called to the murder scene. One woman lies dead next to the blood soaked rug where Rachel Sparkes was seriously wounded. With little memory of the attack, she has been taken to the hospital – but where is her child? He too, Kerri discovers, now lies in a hospital bed, mute and traumatized in a fetal position, refusing even food and water.

Charlie must have seen what happened. Kerri’s heart aches for this piteous little boy and she struggles to help him; struggles, too to find the monster who did this horrible crime. “It’s your kind of case,” Sergeant Alex Brand, Kerri’s boss and partner tells her, stepping up police urgency when another innocent is shot, and then another.

Kerri Blasco finds herself more emotionally obsessed with this case than with any other, despite clear and onrushing danger to herself…

I love Crime Fiction in particular Psychological Thrillers.  I like the suspense, trying to work out the unsub and complex characters.  I also like there to be a human interest aspect something I can learn about.  I don’t like great big chunks of descriptive text.  When reading a series I prefer to read them in sequence but if this is not possible then they also need to work as stand-alone but without a lot of reverting back to previous books that might bore a reader who has read the previous books.  This book ticks every single box.

Charlie witnessed a horrific murder and is traumatised.  His mum is badly injured and her friend dead.  The only witness is a 5 year old child who is too scared to speak.  The book takes the reader on a journey to bring Charlie back and this is done with great compassion and realism.  Heart-rending at times and heart-warming at others – brilliantly done.

Kerri – what can I say?  I really, really want to learn more about her but this book does give a really good insight into her character and Alex is the perfect partner.  All the characters are realistic and have depth.  I love how Kerri connects to Charlie.

There are many twists and turns as Alex and Kerri explore dead ends and red herrings.  With more people dying the race is on to find the killer before he finishes the job and the adrenaline keeps pumping throughout the book to a complete shocker of an ending.

An absolutely rivetting book I will be reading the back list asap.

Well worth the 5 stars and I thank Joyce for the opportunity to read an advance copy. 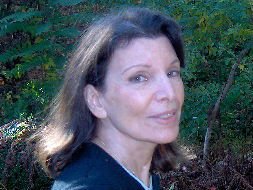 About J. A. Schneider

Wheaton College, Norton MA (French Lit Major, unofficial minor in Spanish to annoy the French Dept & squeezed in Russian)
Sorbonne
Exchange student in Soviet Union (where I got arrested for spreading anti-Soviet propaganda – ha! Caught with friends laughing about their pea-green-colored water; that was the offense; four of us arrested.) Weeks later landed in a Soviet hospital cuz I fell down a ravine during a hike in the Caucasus Mts near Sochi. It wasn’t bad. Docs in Sochi were nice…)

Former Staffer at Newsweek Magazine. Author of Detective Kerri Blasco Police/Psychological Thrillers FEAR DREAMS: a sensitive woman fears insanity; HER LAST BREATH: A woman wakes to horror next to a murdered man and can’t remember the night before; WATCHING YOU: A serial killer texts his victims first – but how does he get their phone numbers? Detective Kerri vows revenge…he comes after her; SHOELESS CHILD: A little boy has seen a horrific murder but is too traumatized to speak. Detective Kerri Blasco struggles to connect with him…