‘The suspense starts from the very beginning and there are twists and turns all the way through.’ 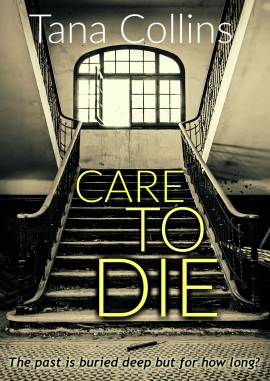 Struggling with his demotion back to DI and his concern for the grieving DS Andrea Fletcher, Jim Carruthers is thrown in at the deep end when the body of an old man is discovered stabbed to death in a nature reserve- a ball of cloth rammed into the back of the victim’s throat. The only suspect is a fifteen-year-old neighbour who is known to the police for antisocial behaviour. But the teenager has an alibi.

When a second elderly man is also found dead at the same locale, with the same MO, Carruthers starts to wonder if they have a serial killer on their hands.

On discovering that the first victim, Ruiridh Fraser, has an estranged son living in Iceland, Carruthers flies out to interview the man, now convinced that the reason behind Fraser’s death lies in his past.

But what does the disappearance of a twelve year old boy forty years before, the brutal murder of a former journalist and a bitter local dispute about a nature reserve, have to do with the investigation?

Can Carruthers and Fletcher solve the case while battling their own demons?

And are they hunting for one killer or more?

This is the 2nd book in the series, the first being Robbing the Dead.  We were introduced to Andie Fletcher and Jim Caruthers in book 1 and this book picks up where the 2 are picking up the pieces.  Jim was demoted to DI and Andie is recovering from a miscarriage and the failure of her relationship with Mark.  Both are a bit fragile but the criminals are not going to allow them an easy ride.

We gain further insight into the characters as they are further developed into complex realistic individuals.  The suspense starts from the very beginning and there are twists and turns all the way through with the unsub remaining a mystery all the way through the book until the adrenaline pumping conclusion.

There are parts of the book that make for difficult reading  but overall it is a really fast paced read that will appeal to readers of thrillers and crime fiction.

There were parts of the book which I found a little too descriptive with too much focus on the weather and other unrelated topics and a few places where I found events a little far-fetched and unlikely to happen in a real world which lost it a couple of marks but I will definitely be reading further books by this author. 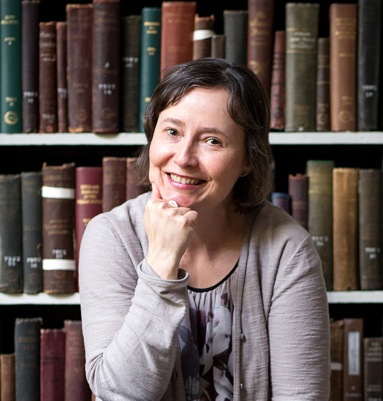 Tana Collins is an Edinburgh based crime writer and author of the best selling Jim Carruthers detective series, set in Fife. Her debut novel, Robbing the Dead, published 14th February 2017 by Bloodhound Books, was described as ‘A police procedural that delights the reader with its strong sense of place. Tartan Noir at its best,’ by crime writer  Sarah Ward. It was a top 10 kindle bestseller for Scottish Crime and Thrillers and has already racked up 60 reviews on Amazon.

Care to Die, which is the follow up in the series to Robbing the Dead, is being published on 1st June 2017.  Peter Robinson writes of it “A finely plotted mystery. Tana Collins racks up the suspense on this one. DI Jim Carruthers is a cop to watch.”