The Beekeeper by Stewart Giles

‘This is a brilliant book. The Author takes what should be gory and makes it amusing with an enormous amount of skill and the result is a gripping book that has the reader turning page after page.’ 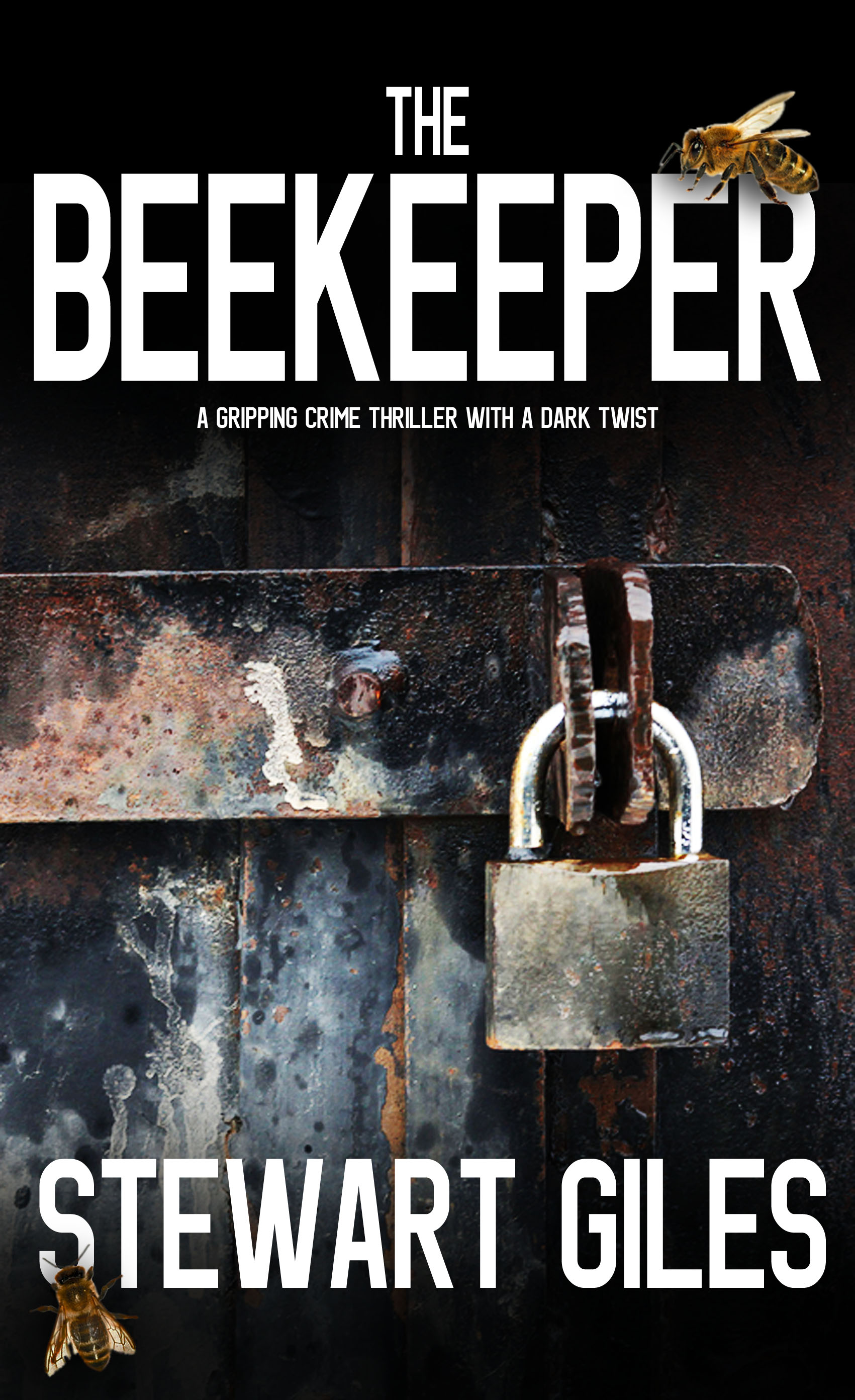 A shocking discovery starts a trail of mayhem on the Cornish coast.

Alice Green is a beekeeper in the small Cornish village of Polgarrow. One evening, Alice finds something strange under the hollyhock bush in her garden. The gruesome discovery will change everyone’s lives.

Detective Harriet Taylor has just transferred to the area from Edinburgh. As she investigates a series of shocking crimes, she grows close to the old beekeeper and is determined to bring the murderer to justice.

A crime mystery with a streak of black humour. You’ll enjoy this fast-paced and dark unearthing of the underbelly of a sleepy Cornish village.

This is a brilliant book. The Author takes what should be gory and makes it amusing, with an enormous amount of skill, and the result is a gripping book that has the reader turning page after page.

This is possibly the funniest thriller I have ever read. Stewart has a dark sense of humour that comes through in the book which brings a totally unique perspective to the story. I found it very intriguing. I suspected who the killer was at the beginning but what you have learned from reading thrillers over the years is ingrained into you and you find yourself denying what is actually staring you in the face. The characters are unique but develop well throughout the book and the story is also different I was very impressed.

I love Alice’s character, she is a lot of fun. An eccentric old lady who has had a rough life with a philandering husband who had a habit of disappearing for long periods with his latest fling. He eventually left 10 years ago and hasn’t returned. She makes a living from the honey produced by her beekeeping. She has a Jackdaw that she rescued who is her main companion and a friend Millie. Millie is widowed and a fragile person who is dominated by Alice.

Detective Harriet Taylor has also had a difficult life. Her husband was killed in a car crash with his lover also in the car. She became the laughing stock of the Police Force in Edinburgh so transferred to Polgarrow, a quiet town in Cornwall. She is picking up the pieces of her life and has a good relationship with her boss, Killion, when half a body is caught up in the nets of a fishing boat. Shortly afterwards Millie goes missing and her car is found at the bottom of the cliffs. When a house explodes the decision is made to bring in a crack team from Exeter. When Harriet is chosen to be part of this team she finds herself, again, the talking stock of the station. The similarity in their history forms a connection between Alice and Harriet.

Thank you to Joffe Books and Netgalley who provided me with a free copy of this book.

After reading English & Drama at three different English Universities and graduating from none of them, I set off travelling and finally ended up in South Africa, where I still live. I enjoy the serene life running a boat shop on the banks of the Vaal Dam. I came up with the DS Jason Smith idea after my wife dropped a rather large speaker on my head. Whether it was intentional still remains a mystery. Smith, the first in the series was finished in September 2013 and was closely followed by Boomerang and Ladybird. Occam’s Razor, Harlequin and Phobia (a series of short stories detailing Smith’s early life) were all completed in one hazy 365 days and Selene was done and dusted a few months later. Horsemen, the seventh in the DS Smith thriller series is out now. The Beekeeper, a departure from the DS Smith series will be released through Joffe Books on 22 May.