Today I am sharing my #bookreview of THE DARTMOOR GIRL by Tania Crosse as part of the Blog Tour. 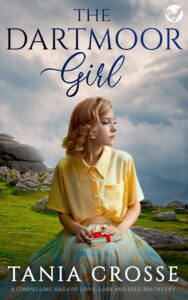 A dramatic and poignant tale of one girl’s quest for the truth.

When fifteen-year-old Lily Hayes loses her mother, she finds herself at a crossroads: go to a children’s home or leave the bright lights of London to live with her estranged father in the wilds of Dartmoor.

Lily moves from London to Dartmoor determined and excited to find out the truth about her family.

Her dour father, Sidney, can be sullen and he has a temper on him. He seems to want nothing to do with her, but Lily vows to make the best of things. And there are some things she is grateful for — especially the handsome and charming Edwin Franfield.

As Sidney’s gruff manner gradually thaws, Lily learns a little more about her family’s history — and discovers that some secrets are better left untold.

Will Lily discover her true identity and find happiness among the dramatic wilderness of Dartmoor, or will the past drive her back to where she comes from?

⭐⭐⭐⭐⭐ “Got so engrossed in this story and did not want it to end. Good description of Dartmoor area and I felt as if I were there.” Poppie

Lily is just 15 when her mother dies leaving her more or less alone in the world.  Her choices are limited; a children’s home or move from the hustle and bustle of London to the loneliness of Dartmoor to live with a father she has never met.  If life was not hard enough she has also learned that her mother was not who she thought she was.

Leaving her friends she sets off on the long journey to Princetown to a life harder and more hostile than she could ever have imagined and that isnt just the area her home life is every bit as hostile.  If her father hates her so much why did he agree to providing her with a home?

As she learns to live a new life she finds that the answers she is looking for will be as hard to find as her new life.

This is a very interesting story interlaced with history, love, loss and wonderful descriptions of Dartmoor and the surrounding area.

The characters fit the story and the scenery perfectly as the reader is taken back in time to the post war years and the devastating effect war has on everyone.

A really enjoyable read.perfect for anyone who loves Historical Fiction.

THE GIRL AT HOLLY COTTAGE 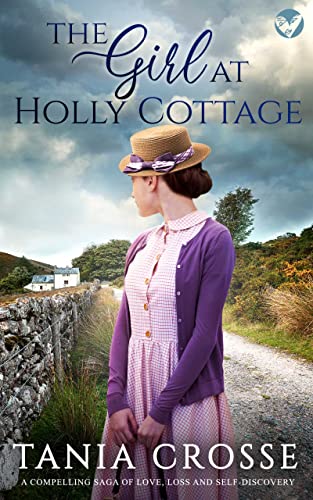 A compelling tale of secrets and betrayal, friendship and trust, and the legacy of war.

The future seems rosy for Plymouth schoolgirl Anna Millington, as she prepares for teacher training college.

But Anna’s life is not what it seems. Her family is hiding a cruel secret that resulted from the worst night of the Plymouth Blitz.

Now, the devastating consequences are about to erupt again.

Fearing for her life, Anna leaves her dreams behind and flees to nearby Dartmoor.

It isn’t long before Anna secures a position as a serving girl at Ashcroft Hall. It isn’t the teaching career she longed for. The staff are rude and make no effort to befriend her. But she finds solace in loving Sir Gilbert, Lady Ashcroft’s son, who calls her his ‘little smoky eyes’.

It soon becomes clear that Anna’s not the only one with secrets.

Will she learn who she can really trust? And can she find the courage to seek out the happiness she truly deserves?

⭐⭐⭐⭐⭐ “An absolutely gripping story with all its twists and turns . . . Full of love, hurt and friendship. I was captivated from the beginning to the very last page.” Carol C.

⭐⭐⭐⭐⭐ “[Tania] brings it all to life and you can imagine yourself back at that time, living alongside her excellent portrayal of the people in her books.” Angela T.

⭐⭐⭐⭐⭐ “Yet another compelling story and so well written. I would highly recommend this book to all who love a good storyline.” John H. 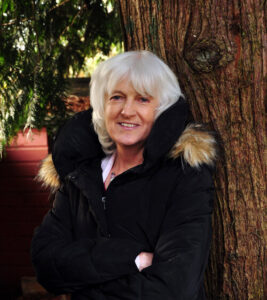