I am thrilled to be taking part in the Blog Tour for WISHBONE.  This is book 16 in the bestselling Detective Jason Smith series by Stewart Giles and it is another adrenaline pumping addition that will appeal to anyone who loves Detective thrillers. 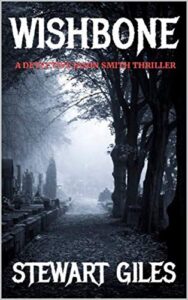