My stop on the Blog Tour for THE DIVIDE a horror story by the brilliant Stewart Giles.  I am very pleased to be sharing my review of this brilliant book that will have you on the edge of your seat from the first page to the last.

THE DIVIDE – some things are best left buried  AMAZON GOODREADS 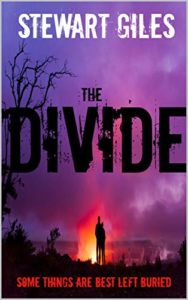 From #1 best-selling author: Stewart Giles comes a macabre horror story that will linger in the mind long after the final page.

Five teenagers head into Dartmoor’s bleak National Park for a final adventure together before they all go their separate ways after the summer.

These lifelong friends have no idea what terrible secrets this place holds.

One by one they start to realise something is not quite right about this moor. Something is lurking there – some malevolent and ominously primeval force is buried deep beneath this ground waiting to emerge.

The locals know the truth about what lies beneath this land but the five friends are met with a sinister silence everywhere they turn.

Then the Divide is split in two.

What is unleashed is hell itself and the friends know they need to find a way out before it’s too late. Lured into an ancient forest that appears on no maps, the friends’ fight for survival begins.

But who is the little girl in the white dress? With her hideously disfigured face and transfixing voice, why has she suddenly taken a keen interest in these teenagers?

The Divide is the chilling tale of five friends’ fight for survival against an evil beyond comprehension.

This is a change of genre for Stewart Giles but I have read and loved all his other books so was looking forward to this one and I wasn’t disappointed.

Steve, Jack, Quinn. Hannah and Louise have been friends since primary school. They recently finished 6th form and set off on a final fling/adventure but the adventure would turn out to be something neither of them could have anticipated.

Arriving on Dartmoor they stop for a break and that turns out to be the worst decision either of them ever made.

The 5 are typical teenagers each with their own issues and dealing with events and situations that shaped them into the people they are.  They are a mix of personalities and agree and disagree on topics as we would expect.  We learn more about each of them as the story progresses.

This is a very interesting story the roots of which go back many years to the Druids and their rituals that resulted in a tragedy that would haunt an area of Dartmoor forever.  5 innocent young people would be drawn into this horror just by being in the wrong place at the wrong time.

Horror is something I do read occasionally and I really enjoyed this book which is a unique story that grabs the reader’s interest from the beginning and doesn’t let go.

Another great read by one of my favourite authors. 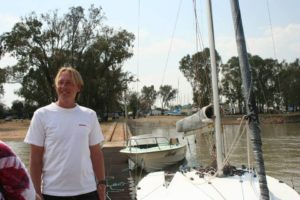