Do you like FREE BOOKS? Do you like Detective Stories? If so I have good news. BRASS IN POCKET book 1 in the brilliant Inspector Drake series is FREE until Monday 28th January. 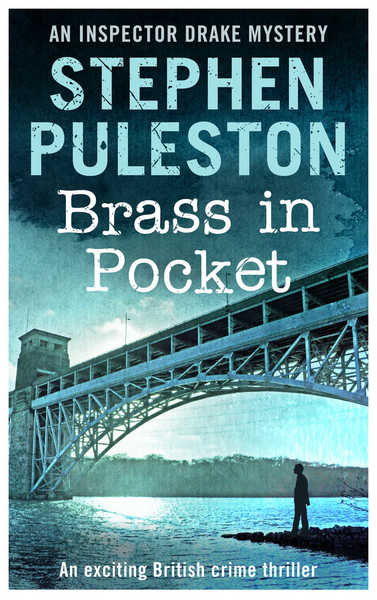 Two traffic officers are killed on an isolated mountain pass in North Wales. Inspector Drake is called to the scene and quickly discovers a message left by the killer – traffic cones in the shape of a No 4.

The killer starts sending the Wales Police Service lyrics from famous rock songs. Are they messages or is there some hidden meaning in them?

Does it all mean more killings are likely? When a politician is killed Drake has his answer. And then the killer sends more song lyrics. Now Drake has to face the possibility of more deaths but with numbers dominating the case Drake has to face his own rituals and obsessions.

Finally, when the killer threatens Drake and his family he faces his greatest challenge in finding the killer before he strikes again.

Detective Ian Drake is an inspector in the Wales Police Service and is based in the northern division headquarters near Colwyn Bay on the coast. North Wales is a large area that stretches from the coast to the border with England. It is an area rich in history and great scenery.

Book 3: Against the Tide

Book 4: Dead on your Feet

Every so often I come across a series of books, where I read one and think ‘how the heck have I not read this series before?’  Well the Inspector Drake series is one such series.  Read more here

Fantastic read. I’ve come to prefer the UK based books as they’re easier to relate to… This is no exception. This was a relaunch and I have been so honoured to be part of the tour.  Read more here

I enjoyed the storyline and was kept gripped by what was coming next. There were plenty of cliffhangers that meant “Just one more chapter”! I also particularly enjoyed the chapters with Drake’s family members.  Read more here

Hooray, I’m in at the start of a series, book one in the Detective Ian Drake series. If you want a quick taster there is a prequel novella The Devils Kitchen which is currently free on Amazon (download).  Read more here

The novel kept me intrigued throughout and maintains a steady pace. It is also filled with cliffhangers at the end of chapters which keeps the reader wanting more.  Read more here

The book opens with the death of two dodgy policemen on an isolated road. The killer leaves a number four at the crime scene then sends a message to the baffled police in the form of song lyrics. A second murder occurs with the same M.O. and it’s up to Inspector Drake and his team to stop the killer before they strike again.  Read more here

I know good crime fiction when I see it and Brass in Pocket certainly is. Stephen Puleston’s writing has a certain realism that can only be explained by experience. After reading so many books you begin to recognize the author’s craft and things that make them unique.  Read more here

Drake and his team have no clues, no motive. They suspect more murders in the near future.  Read more here

This is book 1 in the Inspector Drake series although there is a prequel novella, The Devil’s Kitchen that is available free on Amazon.

The story begins with the murder of 2 traffic policemen.  Inspector Ian Drake is called to the scene and so begins a race to unravel the cryptic clues before more people die.

As the book progresses we learn a lot about Ian and his struggle with OCD.  It brings a human perspective to the book as his issues with cleanliness cause him problems with other members of his team.

The story moves along at a decent pace as the reader becomes more intrigued as the case develops and more people die.  What is the link and who is the murderer is something that is a closely guarded secret until we are almost at the end of the book.  I was as flumoxed as the team trying to work out the who and why and then WOW I didn’t see THAT coming.

This is a well written, gripping book that will have the reader turning page after page.  I am looking forward to reading the rest of the series.

Definitely worth the 5 stars. 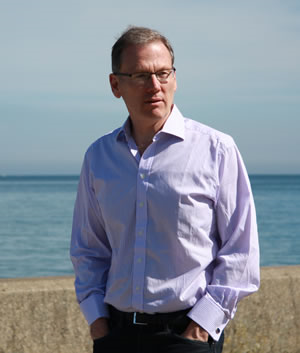 I write mysteries and thrillers.

I have published the first novel in a series featuring Inspector Drake based in North Wales and also the first in a series with Inspector John Marco based in Cardiff. The first Drake mystery is called BRASS IN POCKET and the second WORSE THAN DEAD. The third, AGAINST THE TIDE and the fourth, DEAD ON YOUR FEET.

Before turning to crime fiction I had written three other unpublished novels and you can read about my writing and about Wales, one of the most beautiful countries in the world, on my website http://www.stephenpuleston.co.uk/

I was brought up on the Isle of Anglesey, off the North Wales coast and went to school in Holyhead. After a degree in Theology from London University I decided to train as a lawyer and returned to work in the practice run by my father on Anglesey. For many years I worked as a lawyer in a small practice representing clients in the criminal courts and doing divorce work all of which has given me valuable raw material for my novels.

I still live and work in North Wales where the Inspector Drake novels are set.