Today, for my spot on the #blogtour, I am running a Blog Tour Catch Up of all the stops so far on the tour.  Before that can I just remind you that Jo @ Book Lovers Book Reviews is featuring an interview and a #giveaway you can find out how to enter and read the interview at this link: Lesley Cookman on Libby Sarjeant & Murder and the Glovemaker’s Son #Giveaway 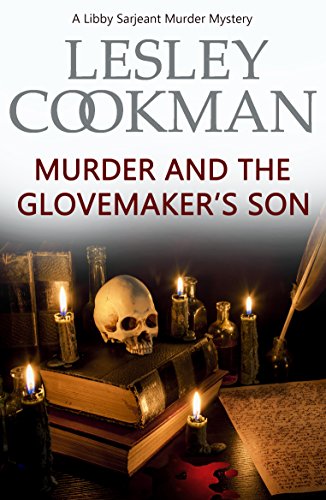 THE GLOVEMAKERS SON by Lesley Cookman

19th Libby Sergeant mystery.
The Oast Theatre in Steeple Martin is hosting a touring production of Shakespeare’s Twelfth Night which is attracting a lot of attention. But very soon it begins to attract attention of an entirely different kind, when a document goes missing along with its owner. When a body turns up,
Libby Sarjeant and Fran Wolfe become involved with the investigation with the help, naturally, of their friends and relatives.

‘Murder & The Glovemaker’s Son’ is extremely well written.  As soon as I read the first page I just knew that this would be one book that I would find hard to put down and so it proved.  I became seriously addicted to reading it and when I had to put the book down, I found myself practically counting down the time until I could pick it up again.  Read more here

I don’t want to say too much about the story and spoil the book for you, but after having the chance to read this, I am definitely going to go and read the earlier books in the series, which are available on Amazon.  Read more here

The mystery is solidly written with twists and turns along the way. The characters are wonderful. I love how all the residents of this village watch out for each other. As usual in such a place, you have a few that appear perfectly normal.. and some that don’t.  Read more here

So this is the 19th book in the series, yes you read that right 19th, this has to be one of the longest running book series I’ve come across in years. I actually haven’t read any of the other books myself and I found there was a handy little glossary of regular characters in the front, which helped me to make sense of who was who etc.  Read more here

Lesley started writing almost as soon as she could read, and filled many Woolworth’s exercise books with pony stories until she was old enough to go out with boys. Since she’s been grown up, following a varied career as a model, air stewardess, actor and disc jockey, she’s written short fiction and features for a variety of magazines, achieved an MA in Creative Writing from the University of Wales, taught writing for both Kent Adult Education and the WEA and edited the first Sexy Shorts collection of short stories from Accent Press in aid of the Breast Cancer Campaign. The Libby Sarjeant series is published by Accent Press, who also publish her book, How to Write a Pantomime, with a foreword by Roy Hudd. She is also the author of several pantomimes and a Music Hall musical, and more recently an Edwardian mystery series, The Alexandrians, also from Accent Press. She has also written romances under the name Rosina Lesley.

She has four grown up children, two cats and lives on the Kent coast of England.