THANK YOU to all the amazing bloggers on the Blog Tour for HER LAST BREATH. You are all amazing. Another Amazon top 20 and that is down to you guys! We cant thank you enough. Charlie, Jill & Joffe Books

The book kept me hooked all the way through and i read it in one sitting, as i couldn’t put it down, it alsi kept me guessimg all the way until the end as i had no idea what would happen.  Read more here

‘Her Last Breath’ is extremely well written.  The author grabbed my attention from the moment I read the synopsis, never mind started reading the book properly.  I just knew that this was one book I had to read sooner rather than later.  Read more here

By the Letter Book Reviews

If I were to do book crushes, George would definitely be one of them. I love his character. He is a really genuine guy that is trying to do his best. I could feel his frustrations at being sent on another case that involves someone giving Hannibal Lecture a run for his money!  Read more here

At the beginning, we are introduced to Inspector George Elms, who is visiting serial killer Henry Roberts in Belmarsh Prison. He is dying, and wants to make a deal – he will give up the remains of the still missing girls in exchange for a transfer to a secure unit by the sea near the village where George is based.  Read more here

Her Last Breath is the second book I have read in the George Elms series and hit me much harder than Charlie’s previous book, Then She Ran.  Read more here

I have been waiting for this one to be published and it is oh-so-worth the wait. I have read and enjoyed a number of Charlie Gallagher’s books, but this one has raised the bar yet again. I was intrigued by the ‘blurb’ but once I started to read it I couldn’t stop.   Read more here

The plot of this book had so much potential and Gallagher did not disappoint! George Elms is a great detective. He knows how to do his job and he knows how to get things done. It’s not a surprise to him why he was sent to see Henry Roberts (his boss is busy and he’s just there to take his place).  Read more here

In stark contrast to the stunning settings where some of the scenes are set,the descriptions of the crimes that Henry Roberts was convicted for are dark,disturbing and spine chilling.This is a gripping,well written thriller that holds the readers attention throughout and has a surprising,twist ending.Sadly this is the last George Elms thriller. Goodbye George,I’m going to miss you.  Read more here

I have not read any of the Langthorne Police series before and after reading Her Last Breath I have found myself wondering why not. George Elms loves his job and is determined to do the best that he can even if it means that at times he gets on the wrong side of some of the people he has to deal with and with this case it seems to happen a lot.   Read more here

I loved the plot line and the story was one that completely gripped me, so addictive and I needed to keep reading right to the end, finishing the book in the early hours of the morning.  The character development was completely on point and I loved their interaction as the story progressed.  Read more here

This is an exceptionally well written thriller with unforgettable characters. Surprises at every turn and an amazing ending. Action-packed and Fast Paced. Although this is the latest in a series, I always recommend starting at the very beginning.  Read more here 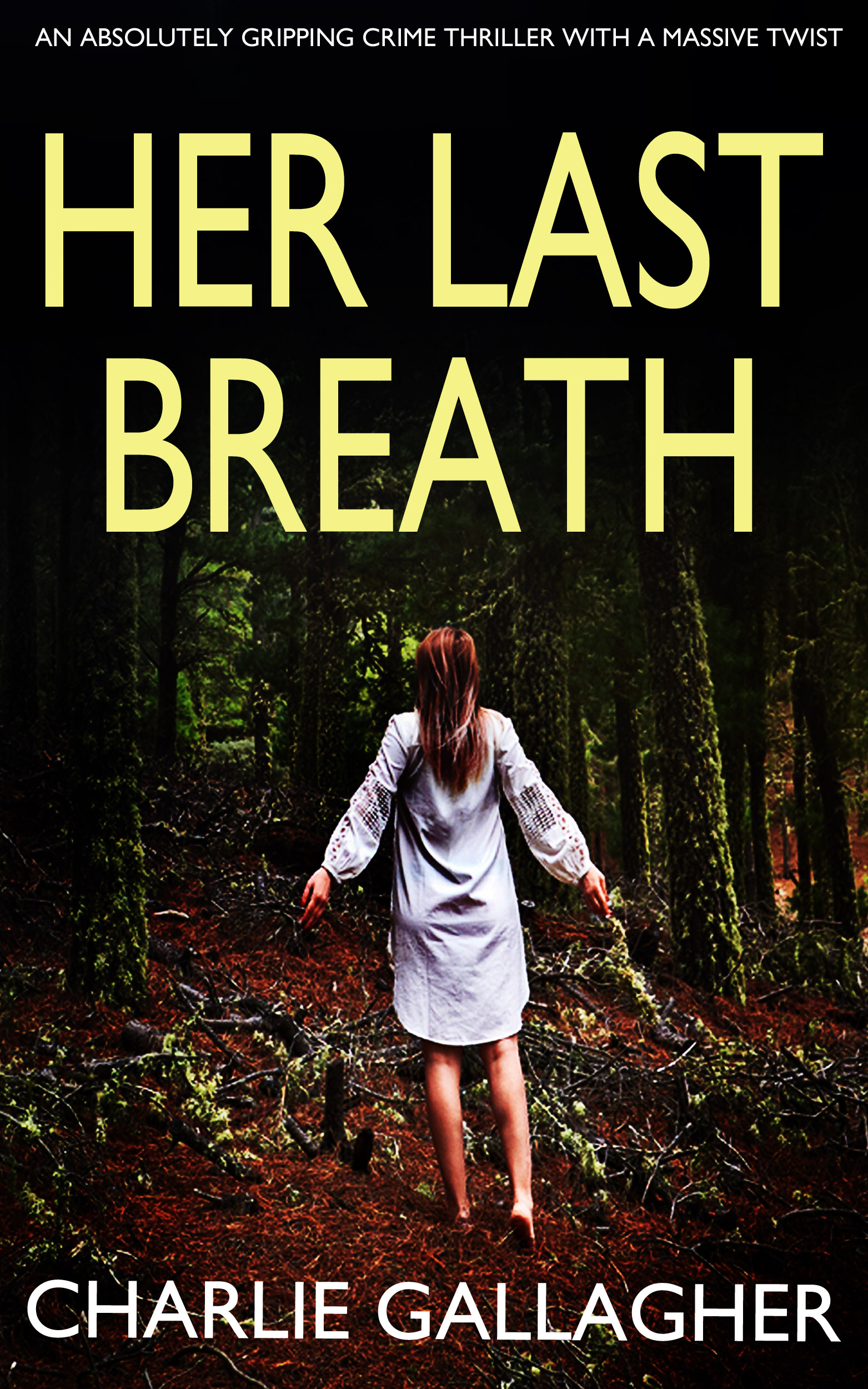 HER LAST BREATH by Charlie Gallagher

Discover a crime thriller which will have you gripped from the explosive start to one of the most shocking endings of the year.

Henry Roberts is a serial killer. He has a type — young, blonde, attractive women. He is three years into a life sentence.

Two of his victims were never found.

Now, Henry Roberts is dying. He wants to make a deal. Move him to a secure unit by the sea and he will tell the police where the other victims’ remains are.

The offer is accepted and Detective George Elms travels to the force who led the original investigation. He is the messenger. He finds a police force and a community still shattered. As he reviews the old case notes he also learns something else. Henry Roberts didn’t work alone.

A woman goes missing. She fits the profile of the other victims. The circumstances of her disappearance do too — she never made it from her commuter train to her car.

Then a second woman goes missing. George is convinced they are linked. Henry Roberts told him on his prison visit that two is better because: you can make the other one watch.

Time running out for George. He is convinced that Henry Roberts knows who he should be chasing, but will he help before he takes his last breath? Or the women take theirs?

THE AUTHOR
Charlie Gallagher has been a serving UK police officer for ten years. During that time he has had many roles, starting as a front-line response officer, then a member of a specialist tactical team and is currently a detective investigating serious offences.

MISSING
THEN SHE RAN
RUTHLESS