Today it is my stop on the Blog Tour for CRIMSON SIEGE by Jay Raven. This is book 1 in the Bloodriders series.  I would like to share with you a #guestpost where the author explains how he got from Humourist to writer of Horror fiction.  Curious?  So was I so I will let you read on.

Jay Raven, whose vampire chiller Crimson Siege is being launched by Junction Publishing this week, reveals how he made the startling switch from gags to gore. 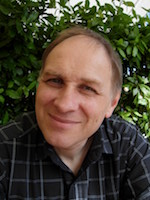 I adore Gothic horror and dark fantasy – writing historical chillers set in a murderous past where monsters roam free and terror is only one full moon midnight encounter away. Vampires, werewolves and witches fill my imagination and more of my thinking time than is entirely healthy.

But although I am besotted with this most nerve-tingling of genres, I have to admit that it was not my first love. In fact, the only screams I used to seek were screams of laughter. Because, for the first 15 years of my writing career, I was a humorist. My speciality was comedy twist-ender short stories.

So how the heck did a funny man end up penning nightmare visions? Well, it happened by accident. About five years ago Canadian small publisher Absolute Xpress was bringing out a flash fiction anthology called Creatures of the Night and was inviting submissions.

My first reaction was to pen a gentle parody or bit of supernatural slapstick. But the more I thought about it, the more I found myself wondering if I could do it straight.

Remembering how much I loved Hammer Horror films  as a kid, I decided to write a vampire tale and a werewolf story, hoping one or the other would catch the judge’s eye. And two surprising things happened that forever changed my writing career – the publisher took BOTH stories and suggested I send in more, and I realised my brain was bursting with Gothic horror plotlines.

So, for quite some time, I became two separate writers – deciding on my mood each morning whether to be jokey or go to the dark side.  I calculated that to avoid confusion I’d pen humour under my own name (Iain Pattison) and dark fantasy under my Jay Raven pen name.

Inevitably one side or the other would triumph. And last Christmas I was offered a two-book deal by Junction Publishing (it has since become a three book deal) to write Gothic horror novels. So humour has been given the heave-ho… certainly for the medium term. 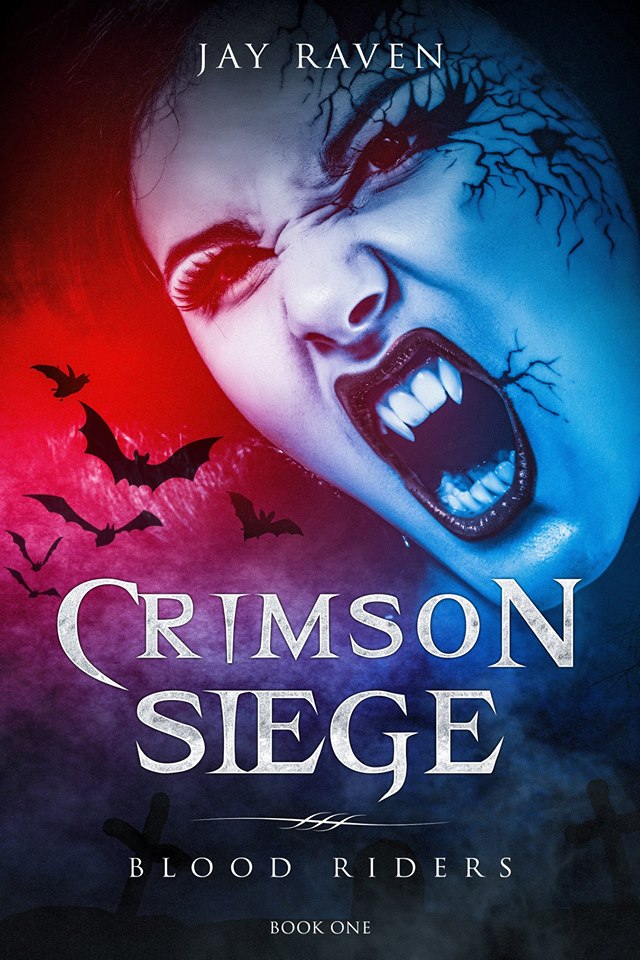 In the Godforsaken badlands of Transylvania the fragile truce between mankind and monsters is about to explode…
When bounty hunters target one of 19th century Europe’s most feared vampire clans, the last place any lawman wants to be is caught in the middle…

But for Anton Yoska, Lord Marshal of the Imperial lands south of the Carpathian Mountains, fate has trapped him in a supernatural stand-off that can end only in a bloodbath.

A gang of mercenaries led by Anton’s former army comrade Milosh Drubrick have captured vampire aristocrat Stefan Modjeski, wanted for a string of frenzied murders, and have come to Anton to claim the reward. And as Stefan’s predatory undead kin lay siege to the jailhouse, Anton is faced with an agonising choice – hand over his prisoner and abandon the bounty hunters to their unspeakable fate, or stand and fight.

The jailhouse defenders are outnumbered and out of options. It’s a battle that can’t be won, certain slaughter for them all, and Anton can’t trust his scheming allies. But Lord Marshal Yoska isn’t about to surrender.

For he’s an experienced vampire hunter, a dangerous man when cornered, and a single minded warrior who knows there are worse things to fear than death…

Jay Raven is the author of Gothic chillers and historical horror reminding readers that the past is a dangerous place to venture, full of monsters and murderous men.

He blames his fascination with vampires, witches and werewolves on the Hammer Horror films he watched as a teenager, but living in a creepy old house on the edge of a 500-acre wood may have something to do with it.