Guilty Innocence was released on 9th May. 6 days later it is in the top 300 on Amazon UK

A letter that reveals a horrifying truth…

Natalie Richards finds more than she bargained for when she snoops through her boyfriend’s possessions: evidence that Mark Slater was once convicted of a brutal killing. Heartbroken by what she’s discovered, Natalie’s dreams of a future with him collapse.

Only the other person jointly sentenced for Abby Morgan’s murder, the twisted and violent Adam Campbell, knows the truth. That Mark played no part in Abby’s death.

Meanwhile, circumstances have thrust Mark back in contact with Adam, who, aged twenty-five, is more domineering and chilling than ever. Can Mark rewrite history and confront his nemesis?

A gritty novel examining child murder and dysfunctional families, Guilty Innocence tells of one man’s struggle to break free from his past.

Have you read any of her other books? I can recommend them all: 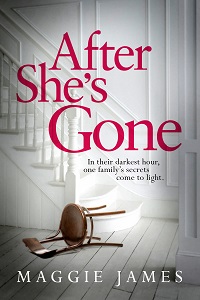 Lori Golden’s family have had more than their fair share of troubles. But through it all, Lori and her sister, Jessie, have always supported each other. Then Jessie is killed. And Lori’s world turns upside down.

Devastated, Lori struggles to cope with her loss, and to learn to live in a world without her bright, bubbly sister by her side. Around her, her already fractured family start to fall apart. And, as Lori and her mother try to pick up the pieces of their shattered lives, secrets long thought buried are coming painfully to light.

Faced with the unthinkable, Lori is forced to ask herself how well she really knows those who are left behind…

Matthew Stanyer fears the worst when he reports his parents missing. His father, Joseph Stanyer, has been struggling to cope with his wife Evie, whose dementia is rapidly worsening. When their bodies are found close to Blackwater Lake, a local beauty spot, the inquest rules the deaths as a murder-suicide. A conclusion that’s supported by the note Joseph leaves for his son.

Grief-stricken, Matthew begins to clear his parents’ house of decades of compulsive hoarding, only to discover the dark enigmas hidden within its walls. Ones that lead Matthew to ask: why did his father choose Blackwater Lake to end his life? What other secrets do its waters conceal? 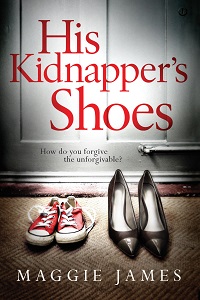 Daniel Bateman is one angry man. He’s just discovered a devastating truth; the woman who calls herself his mother is really his kidnapper. Snatched from his birth family when he was four years old, Daniel’s always been tormented with vague memories from his former life. When he is confronted with a second shattering revelation, his life falls apart; booze and casual sex help numb the pain.

Daniel knows one thing for sure. He’ll never be able to forgive his kidnapper. Never. Because of her, he’s been denied his dream of becoming an artist. More importantly, he’d have grown up with a mother he could love instead of one he can barely tolerate. And the shadow of his controlling stepfather wouldn’t have darkened his life.

Furious, his life in pieces, Daniel needs the answer to just one question. Why did Laura Bateman kidnap him?

He’s not sure he’ll ever find out. The woman now under arrest for his kidnap twenty-two years ago isn’t talking. Laura Bateman doesn’t believe a crime has been committed; to her, stealing Daniel seemed her only option at the time. Until she receives Daniel’s forgiveness, something he’s sworn she’ll never get, Laura’s staying silent as to what really happened all those years ago.

There’s a saying that you have to walk a mile in someone’s shoes before judging them. Will Daniel ever be ready to step into Laura Bateman’s shoes?

A tense novel of psychological suspense, His Kidnapper’s Shoes weaves one man’s quest for his identity with one woman’s need to heal her troubled past. 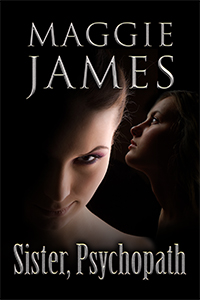 When they were children, Megan Copeland adored her younger sister Chloe. Now she can’t bear to be in the same room as her.

Megan believes Chloe to be a psychopath. After all, her sister’s a textbook case: cold, cruel and lacking in empathy. Chloe loves to taunt Megan at every opportunity, as well as manipulating their mentally ill mother, Tilly.

When Tilly, under Chloe’s malignant influence, becomes dangerously unstable, the consequences turn ugly for everyone. Megan’s world falls apart, allowing long-buried truths to rise to the surface. Her sister’s out of control, it seems, and there’s little she can do about it. Until Chloe’s actions threaten the safety of Megan’s former lover. A man from whom she has withheld an important secret…

A study of sibling rivalry and dysfunctional relationships, Sister, Psychopath tells the story of one woman’s struggle to survive the damage inflicted by her sociopathic sister.

The Second Captive is soon to be republished by Bloodhound Books:

Stockholm syndrome: the psychological tendency of a hostage to bond with his or her captor.

Beth Sutton is eighteen years old when Dominic Perdue abducts her. Held prisoner in a basement, she’s dependent upon him for food, clothes, her very existence. As the months pass, her hatred for him changes to compassion. Beth never allows herself to forget, however, that her captor has killed another woman. She has evidence to prove it, not to mention Dominic’s own admission of murder.

And discovers Dominic Perdue is not a man who lets go easily. Meanwhile, despite being reunited with her family, she spirals into self-destructive behaviour. Release from her prison isn’t enough, it seems. Can Beth also break free from the clutches of Stockholm syndrome?

A study of emotional dependency, The Second Captive examines how love can assume strange guises.