Today I am opening the Blog Tour for THE SOHO KILLER by Biba Pearce.  This is book 6 in the Detective Rob Miller Mysteries series. 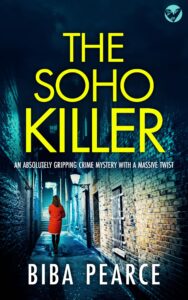 FULL OF TWISTS AND TURNS, A HEARTSTOPPING MYSTERY FROM YOUR NEW CRIME FICTION OBSESSION: BIBA PEARCE.

A serial killer who dumps the victims’ bodies in Soho Square. A sleepless detective thwarted by his box-ticking boss.

Detective Rob Miller thinks he’s seen it all, but this murder scene takes his breath away.

The victim is bound and gagged, with whip marks on his back. The location is one of the busiest squares in London. The cause of death appears to be strangulation.

Murder or a game gone wrong?

The prime suspect is the victim’s partner. Under pressure from his superiors, Rob makes an arrest despite his doubts.

But another body is found: bound, gagged and dumped in the middle of central London. Again, there are no witnesses.

Now Rob’s on the hunt for a serial killer with a fetish — and a talent for staying invisible.

Then the killer makes it personal . . .

AN UNSTOPPABLE CRIME MYSTERY THAT YOU WON’T BE ABLE TO PUT DOWN.

MEET THE DETECTIVE
DI ROB MILLER
An ambitious young detective gunning for promotion. He will do anything for his job, but can he also keep his personal life under control? His ten-month-old son has yet to learn how to sleep through the night, but at least he has his dog.

I would like to thank Netgalley and Joffe Books for an advance copy of The Soho Killer, the sixth novel to feature DCI Rob Miller of the Met’s Major Crime Unit.

Rob is in Soho on private business when he is asked to supervise a crime scene. A body, whipped, strangled and dressed in fetish gear has been dumped in Soho Square. Initial suspicion falls on the man’s partner after he lies about his alibi, but he is in custody when a second body is found. The pressure is on Rob and his team to find a dangerous killer.

I thoroughly enjoyed The Soho Killer, which is a fast moving procedural with some unexpected twists and turns. It should be noted that there are some adult themes in the novel and that may not appeal to some readers. Personally I found it informative as these themes are outwith my lived experience.

The novel is told mostly from Rob’s point of view, which I like as it means I can get immersed in the story and live the investigation alongside him and his team. I had no luck in guessing either the murderer’s identity or motive and was quite shocked when all was revealed. Well done to the author for keeping it all well hidden.

I like the logic of police procedurals, which start with a wide open field and gradually, by dint of perseverance, technology and making links, narrow their suspect pool. This novel is no different in that respect, but it throws in politics and secretive government departments for a little spice and ends in a drama packed showdown. I found it absorbing reading.

Rob Miller is a family man now with a partner and a son. He likes it. There’s nothing really that stands out about him or the other characters as they are there to further the plot.

The Soho Killer is a good read that I have no hesitation in recommending.

Link to review on Goodreads <https://www.goodreads.com/review/show/5083233310?book_show_action=false&from_review_page=1> 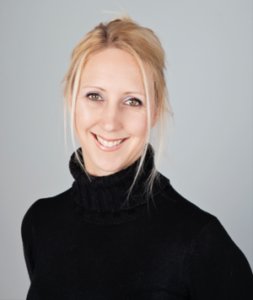