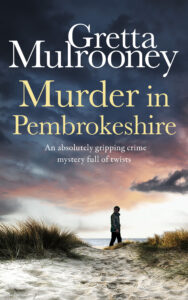 ⭐⭐⭐⭐⭐”Will keep you guessing right up to the end.” Booklover Bev

Looking for your next unputdownable mystery? Meet Detective Tyrone Swift. He takes the cases that the police have given up on.

An isolated community.
No Wi-Fi, no phone signal.
No witnesses.

Detective Tyrone Swift is invited to stay with Afan Griffith, an old friend living in a small community in rural Wales. Cut off from the rest of the world, with no phone signal or Wi-Fi, something’s got Afan worried.

But when Swift arrives, Afan has disappeared. The next day, Swift discovers Afan’s body on a lonely stretch of the nearby coastal path — stabbed to death with a screwdriver.

Secrets run deep beneath the surface of this idyllic spot.

And someone will kill to keep them.

Can Tyrone uncover who murdered his friend? Or will the murderer strike again?

Murder in Pembrokeshire is a seamlessly crafted, twisty crime thriller that will have you gripped from start to pulsating finish.

What readers are saying about GRETTA MULROONEY

“I really love this series. ” Hannelore

‘Mulrooney has a real gift for dialogue, the words and phrases ring true and make her characters wonderfully real . . . A tenderly funny and genuinely moving piece. I loved it.’ Fiona Morrow, Time Out, on Araby

‘A beautifully observed study of reconciliation, Araby makes astute points about conflict and shifting values between generations.’ James Eve, The Times, on Araby

THE DETECTIVE
Tyrone Swift is an ex-police detective who now works privately. He’s survived a stabbing and his fiancée running off with another man. Swift’s personal life is complicated, to say the least.

I was looking forward to a gripping session with Ty and I wasn’t disappointed.  I do love this series.

Ty sets off on a trip to Pembrokeshire to catch up with Afan, a good friend from his past.  However, his enjoyment is marred when he arrives and Afan seems to have disappeared.

Afan is living in a remote community that aims to be self sufficient growing their own food and making goods for resale.  Remote in every sense of the word, no mobile signal or broadband.

With no sign of Afan Ty sets off for a walk to find an area with mobile signal but finds much more than that, the body of his friend.  As the police arrive he finds an injured detective with a broken arm and sprained ankle with a very ineffectual constable to ‘help’.

All the clues point to one of the community being the murderer but who and why?  Ty buckles down coping with cold showers and a journey to make a phone call as he tries to uncover the events that led to his friend’s death.

There are many secrets to uncover within this strange group of people but are any of them relevant to the murder?

I loved reading this book the investigation was intriguing and had me guessing all the way through.  I loved how Gretta built in descriptions of the area and the people so that I could envisage the scene and character but without including big chunks of descriptive text.

A stunning read that had me guessing all the way through – well worth the 5 stars. 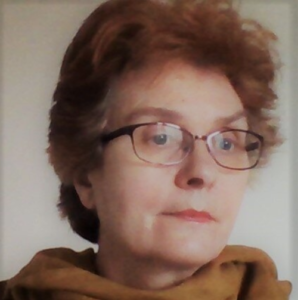