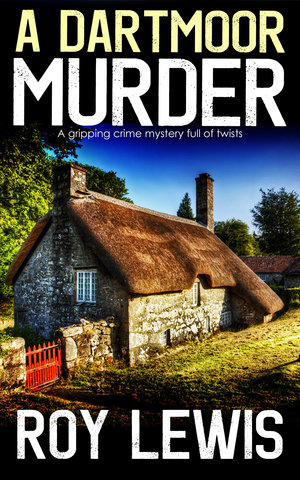 Today I am thrilled to be opening the Blog Tour and bringing to your attention a stunning new release by the awesome HELEN H DURRANT. Two Victims is the second book in the bestselling DCI Rachel King series and it is one adrenaline pumping page-turner from the first page to the last.

DISCOVER A BRAND NEW MYSTERY FROM #1 BEST-SELLING AUTHOR HELEN H. DURRANT THAT WILL HAVE YOU GRIPPED FROM START TO PULSATING FINISH.

A MURDERED WOMAN FOUND ON A BUILDING SITE. EXECUTED BY A SINGLE GUN SHOT. BUT WORSE IS TO COME. ANOTHER BODY IS FOUND BURIED IN THE SAME PLACE.

Detective Rachel King has two victims to deal with. The first woman was local nurse, Agnes Moore. One of the victim’s friends makes contact but then disappears.

Does Rachel have a serial killer on her hands? And what was Agnes really helping local girls with?

Will Rachel’s former lover, well-know villain Jed McAteer come back to haunt her with his connections to the victims.

Who will pay the ultimate price next?

A MYSTERY WITH A STUNNING TWIST AND A RACE AGAINST TIME TO SAVE HER CAREER AND STOP A MURDER SPREE.

DCI Rachel King. Thirty-nine year-old mother of two teenage daughters. Divorced from Alan. She lives in the Cheshire village of Poynton – about ten miles from central Manchester. She is good at her job, gets results but does make mistakes. One of them was getting involved with a budding villain in her teens. No one, family, friends or colleagues know anything about this.

This is book 2 in the DCI Rachel King series set in Manchester.  We first met Rachel and her team in Next Victim which was a brilliant introduction to the series.

Rachel’s domestic life adds an interesting vein to the series as does her past.  Divorced (with her ex husband living next door), Rachel is trying to juggle a demanding career with the problems that come with bringing up 2 teenage girls.  Megan is at university and that brings its own issues whereas Mia is still at school., suffering from Type 1 diabetes and also nearly losing her life in a kidnapping it is understandable that both Rachel and Megan are protective of her.

The book itself is fast-paced with the suspense beginning on the first page and building all the way through.  There are several things going on the keep the reader totally engrossed in the story.

The body of a young woman is found in a ditch.  She has been shot and while forensics are searching for clues another body is found, this one a teenage girl.  To add to the issues faced by Rachel and her team the bodies are on land being developed by Jed McAteer.  Jed is a loveable rogue from Rachel’s university days who keeps popping up where he isn’t wanted.  Rachel and Jed share a secret, one that could destroy Rachel’s life and career.

As the team begin investigating they uncover more wrongdoings and a DCI from another station starts to muscle in on the action.  People trafficking, sex slaves and worse are all thrown into the mix. As cases become entwined can Rachel hold on to her suspect and find justice for the dead?

This is a twisty turny book that had me hooked at the very first page and kept giving all the way to the totally unexpected ending.  An absolutely brilliant read.  I cant wait for the next book in this series.

OVER 750,000 books sold of her Calladine & Bayliss and DI Greco Series

I’m one of the ‘baby boomer’ generation. I was born in Edinburgh to an English father and Scottish mother. My father was from the North West of England and this was where the family settled.
I know the area well, both the good and the bad, and so I set my books here. Sitting between two counties, Lancashire and Yorkshire, and between the city and the hills, it offers a rich mix of the industrial and the countryside and all the character therein. I always planned to write crime novels — to create the characters in my books. Since my retirement from a busy teaching job in FE, this is what I’ve done — almost to exclusion of anything else!
I have a grown-up family and five grandchildren. They see me as something of an eccentric — always on my laptop writing away. Writing is something of a second career and, despite having a bus pass, keeps me busy, young and tuned in the world as it currently is.