A very big THANK YOU to all the amazing Bloggers on the Blog Tour for CRIMSON SIEGE by Jay Raven. This is his debut novel and to hit #1 in Horror is an awesome achievement and that is mainly down to you guys and we can’t thank you enough for all your help. Jill, Jay and Junction Publishing.

I really liked this book and after reading the first chapter I got so engrossed that I didn’t realise how long I had been reading for and how far into the book I got.  Read more here

I thought that the blurb sounded great and I love that cover – very fitting for the plot!   found the story easy to read, the pace was great and I was addicted as soon as I started reading it – I needed to know how the book was going to end and it is very well written!  Read more here

Crimson Siege actually had me hooked from a few pages in.  However, if you don’t like blood, gore and reading a book through the gaps between your fingers, I wouldn’t say it’s for you.  Read more here

This is beautifully written, Gothic and a little disturbing at times. Personally I wouldn’t class it as horror, just mainly because I think horror should have me terrified and shivering under a cover, but I did think it was more of a good fast paced action story.  Read more here

Well ‘Crimson Siege’ was certainly a departure from my usual genres of crime and chick lit but do you know what?  I really enjoyed the change.  I don’t usually read horror books as I find them too scary.  I’m a wimp I know.  However they do say a change is as good as a rest and so I eagerly picked the book up and began to read.  I absolutely loved ‘Crimson Siege’ but more about that in a bit.  Read more here

Although I really enjoyed the general story in this novel, there was a lack of world building. I found that you were thrown into this fight against the vampires without any explanation as to why this was happening.  Read more here

This is the first in a new horror series which looked good.  Its not something I’d usually pick up but I fancied a change and I’m glad I did because I thoroughly enjoyed it.   Read more here

In the Godforsaken badlands of Transylvania the fragile truce between mankind and monsters is about to explode…
When bounty hunters target one of 19th century Europe’s most feared vampire clans, the last place any lawman wants to be is caught in the middle…

But for Anton Yoska, Lord Marshal of the Imperial lands south of the Carpathian Mountains, fate has trapped him in a supernatural stand-off that can end only in a bloodbath.

A gang of mercenaries led by Anton’s former army comrade Milosh Drubrick have captured vampire aristocrat Stefan Modjeski, wanted for a string of frenzied murders, and have come to Anton to claim the reward. And as Stefan’s predatory undead kin lay siege to the jailhouse, Anton is faced with an agonising choice – hand over his prisoner and abandon the bounty hunters to their unspeakable fate, or stand and fight.

The jailhouse defenders are outnumbered and out of options. It’s a battle that can’t be won, certain slaughter for them all, and Anton can’t trust his scheming allies. But Lord Marshal Yoska isn’t about to surrender.

For he’s an experienced vampire hunter, a dangerous man when cornered, and a single minded warrior who knows there are worse things to fear than death…

Jay Raven is the author of Gothic chillers and historical horror reminding readers that the past is a dangerous place to venture, full of monsters and murderous men.

He blames his fascination with vampires, witches and werewolves on the Hammer Horror films he watched as a teenager, but living in a creepy old house on the edge of a 500-acre wood may have something to do with it.

The Markham Mysteries 4 of 4: Crime in the Hospital by Catherine Moloney #bookreview #crimefiction #mystery #TeamJoffeBooks @joffebooks

The Beekeeper by Stewart Giles 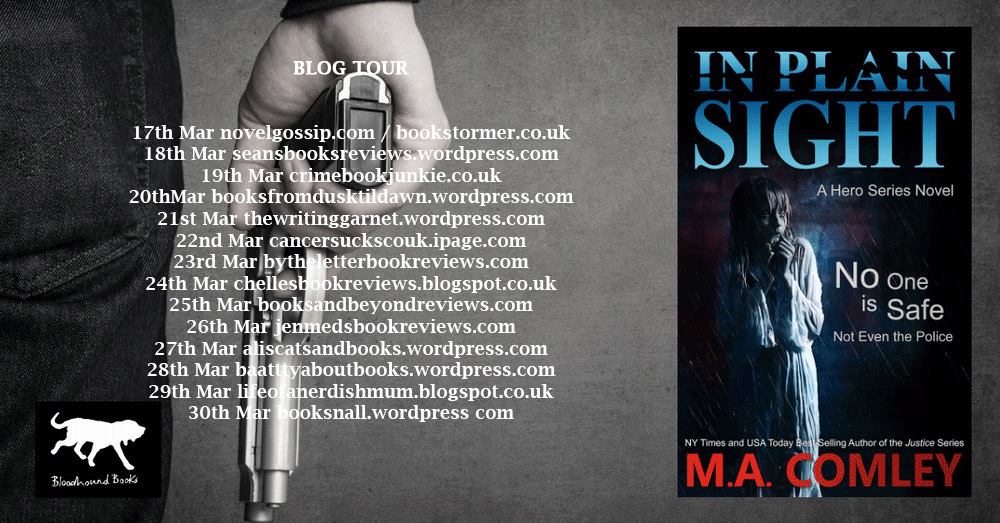 M A Comley: In Plain Sight